"The Afghanistan Papers" and the future's peace with Taliban

"The Afghanistan Papers" and the future's peace with Taliban 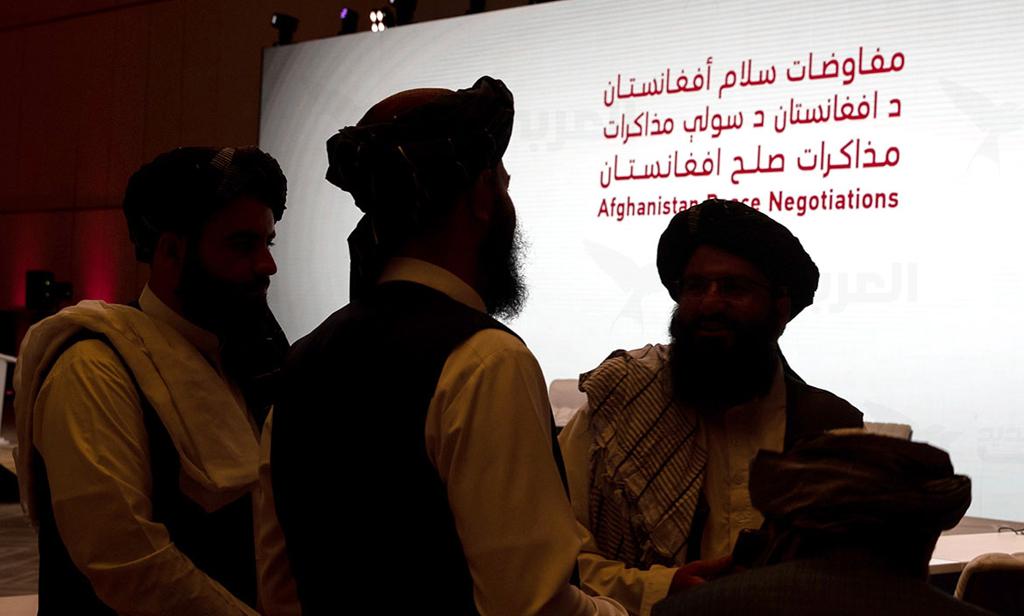 In February 2020, the analysis and research section in STRATEGIECS conducted a forward-looking study about the future of peace treaty between the United States and Taliban, based on an evaluation for the total internal situation in Afghanistan. The study was a part of a broader project to prepare a report concerning 2020 predictions similar to the two previous editions. However, this project was suspended due to covid-19 pandemic outbreak and the reverberation it took on the levels of research and media.

At the same time, the inefficiency of official structures is still dominant in the Afghani-Afghani interactions amid the multiplicity of the centers of power. On the social level, for example, some tribes have an almost complete control over its geographical scopes, and on the political level, Kabul lacks a central power capable of enforcing its sovereignty over political decision-making, as many political parties and personalities may disagree with the approaches of the Afghan presidency, or might impede the success of the Afghani-Afghani reconciliation efforts.

All this casts a shadow over the current semi faltering talks, a big part of this faltering could be due to the main turning point represented in Washington-Taliban agreement. This agreement gave Taliban “international legitimacy” and made it earn the confidence of a winner on the expense of the official government that was not fully engaged in these negotiations. Taliban insisted on the non-interference of a “foreign party” in the internal negotiations, and thus, the agreement signed in February did not involve a comprehensive ceasefire over the entire Afghani territory, rather it stated ceasing violence against American forces, and starting local negotiations to reach a comprehensive cessation of violence.

BBC reported official Afghani statistics of 12 thousand civilian deaths in the period between February to September, meaning that the Afghani negotiations are in full swing, because they are just an extension of the war. What’s going on the table of negotiations will be a reflection of what already happened on the arena of conflicts, that`s why various Afghani parties will show strength and persistence in their positions in the coming phase.

The disparity in attitudes is manifested in main issues, Taliban for instance, insists on following the Hanafi school as a basis for dialogue and leading the country, while the government wants to add the Jaafari school too to represent some minorities like the Shia who make up about 20% of the population. The conflict rages also on matters such as woman rights, human rights, mechanisms of adjudication and the release of some dangerous security detainees

Externally, the Afghani situation is less ambiguous, Taliban’s demands of Washington withdrawing its forces has already been agreed on, and placed within a time-frame. On the other hand, what Washington wants is specified in not causing a security vacuum by withdrawing, which might lead to deepening the shake in power balance on the expense of the legitimate government that was the ally in its “previous” fight against Taliban.

The United States Intelligence Community might be seeking to synthesize a “practical” formula to separate the radical ideological wing from the one that accepts the political process as a framework to organize public life. In this regard, Afghanistan will remain – even after the withdrawal of the last American soldier – under American surveillance, thus avoiding the Afghani territories to turn into a source of cross-border terrorism.

One of the unlikely scenarios that were included in the report “Afghanistan papers and the future of peace with Taliban” was the possibility of the American forces going back to Afghanistan in case it turned into a fertile environment for terrorism, but the American elites are unanimous on the necessity of elevating combat readiness to face the main challenges coming from China and Russia, and that might prevent any heavy deployment for the American forces in Afghanistan.

It is highly unexpected for Biden`s administration – in regard to the Afghani file – to act in any different manner than what was initiated by the administrations of Obama and Trump, as getting rid of the burden of Afghanistan is a concern and a priority in American foreign policies. Some former statements of officials whom are suggested to be assigned by Biden to occupy senior sovereign positions, showed that they will continue to seek the return of American soldiers from Afghanistan and other conflict zones.

But this return will probably not be sudden or without coordination with the Afghani government that was “shocked” with the tweet of the American president, Donald Trump, in October 2020 promising the return of all American forces from Afghanistan by Christmas, a statement that was explained later and retracted.

Kabul fears Implementation of substantive withdrawal of the American forces before reaching a compelling agreement with Taliban, because such act may lead the official negotiator to lose an important “incentive” and an essential leverage in negotiating with Taliban.

NATO also fears a sudden American withdrawal and its possible security implications, not to mention leaving NATO alone on the field. Secretary General of NATO, Jens Stoltenberg, said in a briefing that followed Trump`s statements of withdrawing American troops from Afghanistan by Christmas: “We decided to go into Afghanistan together.

We will make decisions about future adjustments together; and we will leave together, when the time is right”.

According to timetable, NATO defense ministers will be meeting in February 2021, and the future of the Afghanistan mission will be on their agenda. Biden`s administration should reach a form of agreement with the NATO allies on a formula of a joint action that contains a coordinated withdrawal that takes into consideration the benefits and requirements of the Afghani government.

More details of Afghani local and external entanglements can be found in the report “Afghanistan papers and the future of peace with Taliban” that can be downloaded from the link at the top of the page.