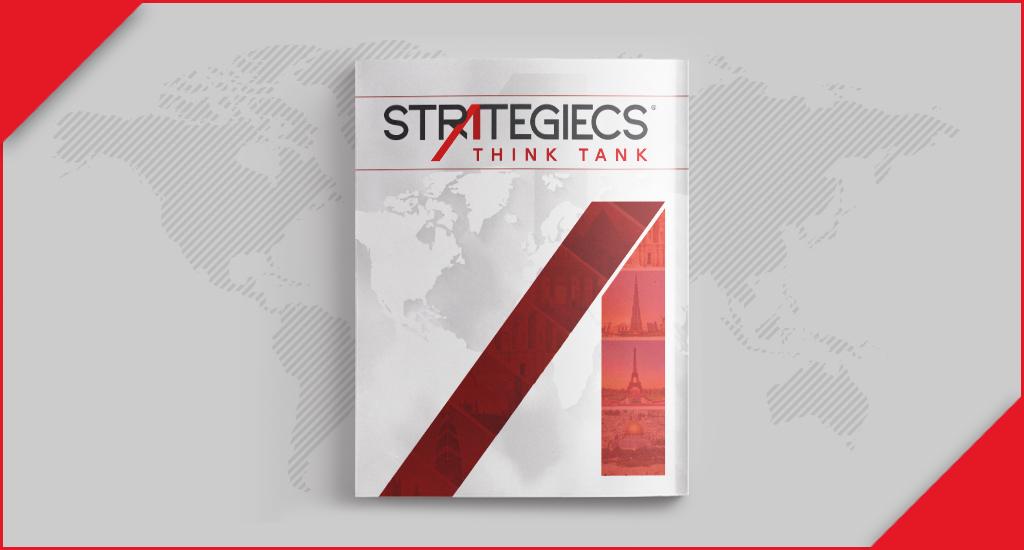 The 2019 Outlook Report addresses several issues concerning decision-makers in the Middle East and research institutions. It highlights regional and international political, economic, and security foresight for the year 2019 by presenting future scenarios of key and predominant issues of global interest.

The research team focused on international issues, commencing with an analytical article discussing the “Analysis Fallacy of the Lone Wolf”, which identifies the conditions based on which a terrorist attack can be described as a "lone wolf attack".

Titled “The Strategic Dimension of the U.S. Foreign Policy”, this article examines the postulates of the existence of a specific and clear strategy for the U.S. administration in dealing with international issues. Europe was then analyzed in two articles titled “The Future of Populist Movements In Europe” and “The Competition between the U.S. vs. China-Russia over the Heart of the World.”

As far as the Middle East is concerned, several issues are investigated including “The Future Course of Transformation in Iran under the Changing International Circumstances” and “The Domination Over Waterways”, which addresses the conflict over the Middle East's water straits, particularly the Strait of Hormuz and the Strait of Bab el-Mandeb. The report also studies the success chances of an "Arab NATO", in addition to a forward-looking analytical article titled “How Iraq's Political and Security Stability Can Help Build a Strong and Diversified Economy?” Economic concerns are given similar attention in articles in line with the world's recent developments such as “The Future of the World's Energy Resources”.

In conclusion, the outcomes of the debate over 2019 expectations are blurry and surrounded by uncertainty in light of competition and conflicts between world countries and major powers. The future of the balance of power in 2019 would be a continuation of what has been achieved over the past three years with the lack of clear quality transformations and interrelations. Hence, the state of uncertainty prevails in most sectors during 2019, rendering the political, economic, and social blurriness as the most accurate prediction.