Washington and Tehran: Dimensions of Military Engagement in the Middle East

Washington and Tehran: Dimensions of Military Engagement in the Middle East

In light of the Iranian military response to Soleimani’s assassination, observes raised several questions such as what is going to happen next? How will the U.S. respond? And is it possible that the region will slide into an all-out war? 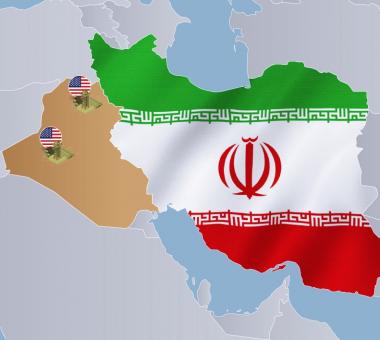 The Iranian military response to the assassination of the Quds Force Commander Qasem Soleimani came only a few hours after his funeral; the attack targeting two Iraqi bases hosting U.S. troops was carried out by Fateh-313 surface-to-surface missiles with a range of 500 km. The Iranian Revolutionary Guard claimed that 80 U.S. soldiers were killed and at least 200 were injured.

In contrast, the U.S. administration was skeptical of the Iranian narrative regarding the size of human and material losses but is yet to provide its own estimates and information. The statements of Washington's allies, however, confirm that no U.S. citizens were injured.

This Iranian step comes in the context of an escalating political and military tension in the region between the U.S. and Iran, which seems to enter a new stage of direct military engagement.

The most trending questions at the moment are: what is going to happen next? How will the U.S. respond? And is it possible that the region will slide into an all-out war?

The nature of political statements by the two parties of the military mobilization in the region, Iran and the U.S., has a common denominator, mainly embarking on military action and then resorting to a de-escalation through diplomatic channels and media platforms. This is manifested in U.S. President Donald Trump’s statement upon Soleimani’s killing that the United States is not seeking war, nor does it want to change the political regime in Iran. There was also an implicit call suggesting the U.S.’s willingness to enter negotiations that address the Iranian nuclear file and the tension in the Middle East in general.

Following Iran's latest attack, Iranian Foreign Minister Mohammad Javad Zarif stated that his country’s response was a proportionate measure to the size of Soleimani's killing, adding that Iran is not seeking war, but was defending itself under Article 51 of U.N. Charter, which states that a nation has an inherent right to use force in self-defense against external aggressions.

Iran's latest military move can be also described as a strategic tactic to remove U.S. troops from the region. Although this step was recently announced by the Iranian political regime and its military allies in the region, it has actually been pursued since the U.S. withdrawal from the Nuclear Deal in November 2018 as a response to U.S. unilateral decisions towards Iran.

The sole option to Iran's retraction from such a vision in managing the conflict in the region could occur in case some concessions were made by the U.S. administration to pave the way for negotiations, with a core of lifting the sanctions on Iran and thus mitigating the impact of the economic and social crisis that afflicted the country. This scenario, however, is unlikely to happen due to the right-wing composition of the U.S. administration and its well-established alliance with Israel and other countries that completely reject any form of Iranian influence in the region.

Hence, the second, and perhaps the only option, would be entering a vicious cycle of attrition and military operations against the interests of both parties. In such a scene, the involved parties will include the Iranian-backed militias in Iraq, Syria, and Lebanon going against the U.S. troops, its regional allies, and foreign military forces in the region. It is also possible that this cycle will involve critical events such as targeting certain heavyweight Soleimani-like figures or high-ranking U.S. officials, a step that would further complicate any potential prevention from what can be labeled as “War of Attrition in the Middle East”.

The international and U.S. democratic condemnation of Soleimani’s assassination might indicate that things are gearing towards de-escalation, which will be dictated by the self-restraining capabilities of the U.S. administration and its troops as well as that of Iran and Iranian-backed militias ideologically and financially. Moreover, it is undeniable that the level of military escalation in the region is directly related to developments occurring at the domestic level in the countries involved in the escalation. The U.S. entering a new war in the Middle East will reduce Trump's chances of success in the new elections; however, he may resort to the escalation in case his impeachment proceeds legally and institutionally, which is yet to happen.

Compared to its U.S. opponent, Iran is the party that has little to lose at the economic and political levels, especially since the right-wing fundamentalist movement seems the most likely to win the 2021 Iranian presidential elections, with conservatives controlling the majority of representative institutions.

It is also probable that another attack will target the U.S. troops in the region, but this time, it will be carried out by Iran's proxies in the region. In any case, the comprehensive regional war remains the least likely option as long as mediators have diplomatic means, and as long as internal tensions at the decision-making level inside the clashing countries do not mount to an explosion.

The slogan of "removing the U.S. troops out of the region" is not a long-term Iranian military plan, but rather a pressuring card on political units in the United States and the European Union in order to accelerate a comprehensive solution to Iran's internal crisis that has a regional dimension. Besides, this slogan is a call for Turkey, Russia, and even China to take positions that are more consistent with the Islamic Republic rather than only seeking their own interests in the region.