The Tense Political Landscape in Tehran

The Tense Political Landscape in Tehran

Iran post-Islamic Revolution is characterized by a political movement unprecedented in the region, in terms of the intensity of political polarization on the one hand, and its interaction with the structure of the theocratic system in institutional terms on the other. What does it look like in Iran in light of the qualitative changes taking place at the regional and international levels? 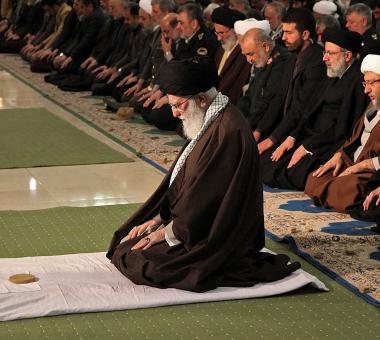 The political regime in Tehran is awaiting the new US administration's decisions on many issues in the region, the foremost of which is Iran’s nuclear file. But the Biden administration expects Tehran to return to full implementation of its commitments under the Joint Comprehensive Plan of Action (the 2015 nuclear deal), while the Iranian officials are demanding that all sanctions against Iran be lifted in order to implement the US requirement.

The return of the US-Iran debate, albeit on a new level, does not indicate the return of diplomatic political talks in the near future, especially after Iran's decision to enrich uranium by 20%, alluding that this percentage could reach 60%, in addition to the conduct of studies and research to produce natural uranium. These actions, which come in the context of what the Iranian leadership calls a "step-by-step response" that began in 2019, underscore Iran’s solid position that US claims are illegal, because Washington has already withdrawn from the deal in 2018.

What has been the focus of attention among the local media in Iran and at the regional and international level recently is the recent disagreement between the (conservative majority) Shura Council and President Hassan Rouhani. The recent had made an agreement with the IAEA on February 21 to stop implementing the additional protocol altogether, maintaining inspection campaigns of Iran's nuclear facilities with the exception of those that are suddenly carried out. The Shura Council, however, rejected this in detail and hinted that Rouhani should be put to trial for his outspoken opposition to the "Strategic Action Plan for Lifting Sanctions" law, which includes the complete repeal of the additional protocol.

Supreme Leader Ali Khamenei supported the parliament's decision and noted that things must go within the legal framework, and that the Iranians should have "one voice, not two", he said.

This incident and others invite scholars to read the relationship between Iranian foreign policy on the one hand and the polarizations and balances that govern the domestic political reality and the vision of each party or political current of the file in question, whether domestic or external, on the other. Here it should be noted that there is a close correlation between the degree of stability and harmony of the poles of the Iranian political elite and the form and type of regional and international variables. This is normal for all political regimes, but it is highly sensitive in the Iranian case, because of the regional dimension of Iran's post-Islamic political and economic project.

2020 elections as an analysis unit

The February 2020 Shura Council elections has given rise to a fundamentalist parliament, with the fundamentalist movement gaining 221 seats, compared to 16 seats for reformists and 53 for independents, out of 290 seats. Some may say that this result is due to the Guardian Council's decision to exclude (prevent) thousands of reformist candidates from running in the electoral race, a factor that is true in principle but not major in itself.

The failure of the Iranian authority to reach a certain formula for the conduct of its foreign affairs and the resolve of its complexities, including contentious issues with the regional and international environment, has contributed to the deterioration of the economic situation of the majority of Iranians and thus the decline of confidence in all institutions of the political system. The recent elections have recorded the lowest turnout in history at 43%. Even the presidential institution, backed by reformist since 2013, has not escaped popular discontent.

Accordingly, the results of the Shura Council elections clearly indicated popular dissatisfaction, noting that the Iranian President, Hassan Rouhani, does not belong to this current, but to the moderate movement which seeks to mediate between the two main currents in the Iranian political arena. In this context, the decision taken by the Guardian Council - which is appointed and dismissed by the Supreme Leader - can be understood as an attempt to maintain popular confidence in the political system, which can be described as unstable given the difficult living reality exacerbated by the outbreak of the Covid-19.

At every political crossroads in the Iranian scene, the merits of this scene are being examined in terms of the nature of the actors, their social base, their aspirations and future projects towards the state and the regional activity among others. Thus, the misconception that compare the Iranian political system to a homogenous solid structure free of contradictions and differences unlike any other political system is gradually abandoned.

In general, the fundamentalist current is socially conservative and adheres to the traditions and teachings of the Iranian revolution and the form of the political system and its main principle of the "Mandate of the Jurist." On the other hand, the reformist movement calls for abandoning extremism in the field of foreign relations and not interfering in the local affairs of neighboring countries directly or indirectly. This was witnessed during the presidencies of Akbar Hashemi Rafsanjani and Mohammad Khatami between 1989 and 2005.

The reformist movement generally calls for expanding the space of civil society and reducing state interference in the economy, and some of them are calling for a review of the powers of the Supreme Leader of the Revolution so that these powers are determined. However, there is no political spectrum that rejects the political system with its constitutional structure comprehensively, which does not mean that these political conversations and visions are not circulated in closed rooms for fear of exclusion and repression. 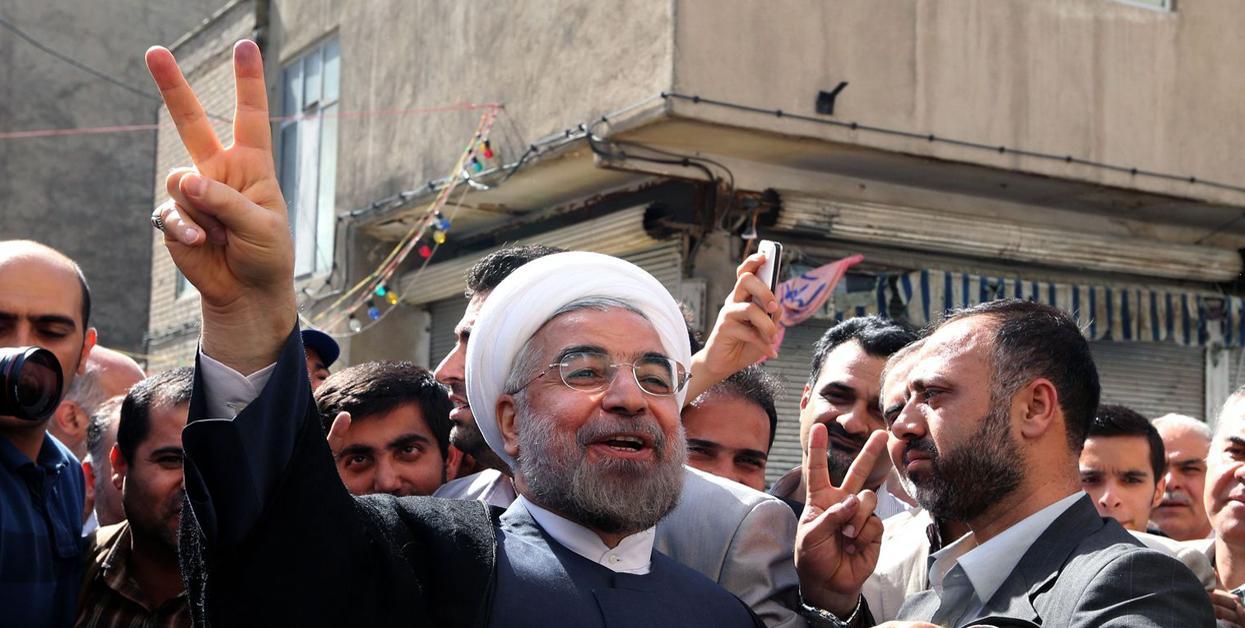 The reformist current is at a crossroads

Following the assassination of Iranian nuclear scientist Mohsen Fakhrizadeh on November 27, 2020, the Shura Council passed the "Strategic Action Plan for Lifting Sanctions" law, which calls for gradually reneging on Iran's obligations under the nuclear deal as a means of pressuring other parties to return to their obligations. The Guardian Council (which could be considered a second chamber of the Iranian parliament) approved the law since it does not violate the Constitution or Islamic law.

On the other hand, the government of President Hassan Rouhani, according to his office director Mahmoud Waazi, described this law as hindering the functioning of the government due to the fundamentalists pursuit to win the presidential elections scheduled for June 18, 2021. In other words, political discord is emerging, and it can no longer be hidden from local public opinion or observers abroad. But more importantly, the fundamentalist movement has surrounded the reformists politically, after they bet on the political changes taking place in Washington that boil down to the return of Democrats to the White House, which led them to "be careful" in responding to Zadeh's assassination, which showed President Rouhani and his reformist successors in the position of "moderates" at the expense of a big name like Zadeh.

This disagreement and possibly the political discord was not confined to the two traditional camps, but extended to the reformist current and the presidency. Many leaders in this movement considered that Rouhani continues to deny the role of reformers in bringing him to the presidency, as the expected economic and social openness has not been achieved. The relationship with the West has produced only a nuclear agreement that has yielded no result, at least that is what Iranian public opinion has understood, thus holding the reformist current a large part of the responsibility for the deterioration of the country's living conditions.

In response to the reformist movement's claims, Waazi said reformers should thank Rouhani's government instead of attacking it because there are many elements and figures of the current that have occupied and continue to hold positions in the executive body of the state. But some argue that Rouhani has no problem abandoning the reformists as a political support because he will leave office anyway after several months and not to bear the political and economic burden that resulted from his presidency alone.

The debate between Rouhani and reformists is not the result of the moment, but goes back to 2017, when the dispute over the formation of the government took place after the former won a second term. Reformers believe that they have the right to share power because of their unparalleled support, but there are balances that must be taken into account within the presidential institution, such as the need to coordinate their work with other structures in power, such as the Expediency Council, the Guardian Council, and the Council of Leadership Experts, in which there is strong presence of fundamentalists, not to mention, of course, the mandate of the jurist, if we may describe it as an institution.

Although the state of Iran’s reformist current can be described as unprecedentedly bad, its leaders do not readily declare their surrender. They are still betting on the dissolution of relations with the US administration and that the latter could require the presence of those who represent the current in power like Rouhani and others (but this has changed as we have mentioned) who have a conciliatory intention and are not competitive with the West policies in general and in the region in particular.  The European, particularly the French claims for mediation between Iran and the United States may be evidence of this and a reading of the difficult realities that the reformist current is going through before the presidential election.

But it should be noted here that if the fundamentalist current succeeds in reaching the presidency will not declare war on American interests in the region as many believe. However, this does not mean that military tensions may not rise to a new level. What is expected to happen is a greater intransigence towards the West on various issues and agendas, which may be in favor of the relationship with Russia and China. This also does not mean that the idea of negotiating with the United States and European countries is rejected by the fundamentalist current, noting that it is the subject of controversy among its members.

It seems that the Iranian political scene is in transition to produce new figures and currents to takeover. The reformist movement is suffering, and the fundamentalist movement will take a very difficult test if it wins the next presidential elections, as it must mitigate as much as possible the economic difficulties facing the Iranian people. This will only happen by reformulating Iran's foreign policy more flexibly, which is unlikely.

Finally, the prospect of a former president-style figure, Mahmoud Ahmadinejad, who emerged from the fundamentalist reformist duo, as a populist expression of the interests of popular groups affected by the frequent policies of both camps and won two terms in 2005-2013, cannot be overlooked.

There are reports that the Guardian Council will reject Ahmadinejad's candidacy due to earlier disagreements with Khamenei over security appointments in the former government. But nothing prevents many of its increasingly expanding allies and supporters, who naturally reject the status quo at all levels, from running the elections.