The Future Course of Transformations in Iran

The Future Course of Transformations in Iran

Iran and the Middle East under the Changing International Circumstances

The sanctions imposed since 4th of November might encourage the region to achieve desired compromises and increase strategic costs of the Iranian influence in the region. Yet, Washington gives Iran a room for maneuver for two reasons; to resort to secret negotiations and to balance the pressure on Iran so as to avoid the eruption of war, a possibility that the region cannot endure its costs. However, there are no guarantees that the U.S. strategy would achieve its goals and bring Iran to negotiate over a comprehensive agreement; however, some believe that the use of U.S. escalating pressure could succeed in this strategy. Published in STRATEGIECS Outlook Report in February 2019, this article examines the extent to which Tehran can endure the costs of "maximum pressure", and to what extent will the U.S. administration proceed with its relentless efforts to change Iran's regional behavior? 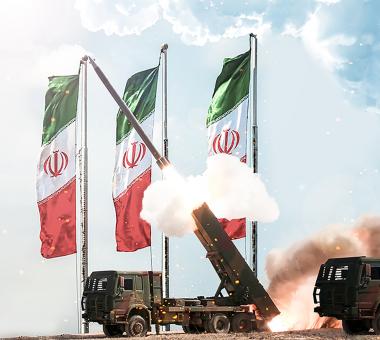 The U.S. withdrawal from the nuclear agreement along with the sanctions that came into effect on November 4, 2019, were both considered a step towards further escalations in the Middle East, drawing a more critical future for the Iranian government and people.

Many observers, however, agree that the U.S. has not yet used its entire power against Iran, a conclusion that is manifested by the statements of National Security Advisor John Bolton, who pointed out on November 13 that a new round of sanctions could be imposed on Iran and companies that deal with it, reflecting a state of uncertainty over the future of sanctions on one hand, and Tehran’s ability to cope with such a critical situation on the other hand.

Thus, the question raised is whether these sanctions aim to push Iran towards negotiations over a new comprehensive agreement, or they are an attempt to impose a new balance of power in the region?

The present indicators show that the Iranian economy could absorb the first shock caused by the first round of sanctions imposed on November 4, reflecting the country's ability to cope in the short term.

The powers taking part in the pressure processes against Iran are aware of the various domestic incentives within the country, which could be used as advanced strategies to weaken the Iranian influence.

Around 40% of the Iranian people live below the poverty line, according to the latest World Bank report, which stated the difficulty in finding the exact figure. The unemployment rate is estimated at 12.1% of the manpower, according to the Statistical Center of Iran, not to mention that a large segment of Iranians aspires to liberate from the rule of the religious state, according to social studies.

Hence, many of the countries that oppose Iran’s policies are managing several Persian-speaking channels and websites, seeking to influence Iranian society’s behavior and alter the people against the Supreme Leader's regime. Added to that is the weak political participation of some Iranian segments due to ethnic considerations.

Therefore, the currently imposed and future sanctions should be considered as part of a strategy that aims at shifting the battlefield into the Iranian depth, and not only be exclusive to the Iranian tools of influence in the region.

However, it is skeptical whether these plans would proceed in light of the deep state's absolute security control, in addition to the ideological promotion of a conflict with the “other”, which makes it difficult to deeply penetrate the Iranian arena. There are several political, economic, and security strategies that Iran has prepared to deal with the current escalation.

However, there are still doubts about Tehran's capability to sustain the economic strategies that the Iranian government has adopted. It was seen how the Iranian currency was adversely affected, reaching as low as 105,000 riyals against one U.S. dollar before recovering to settle at 11,500 riyals per one U.S. dollar, according to data from the Central Bank of Iran.

Such a difference raises many questions including; has the government succeeded in saving currency by a predetermined strategy? Is the country aware of how long such a strategy would last? Or is it only a direct-response strategy whereby the market was injected with a large number of dollars to restore balance?

However, it is expected that the Central Bank has developed a one-year strategy that enables its intervention in the foreign exchange market promptly, while the government will minimize the restrictions on the currency exchange firms as well as the regulations of foreign currency and gold import.

Some believe that the recent round of sanctions and U.S. threats to all those who deal with Iran will urge countries that reject unilateral sanctions to consider launching a parallel financial system for the SWIFT banking system to evade the U.S. sanctions. However, this would be a complex option in terms of its formation, implementation, and global acceptance. It would also be vigorously fought by the U.S. as such a system would constitute the first step to snatch the U.S. economic domination.

Assessment of the U.S. Sanctions and their Effects

Washington will evaluate the impact of the currently imposed sanctions on Tehran for at least three months. It will then assess to what extent Tehran is affected and decide whether the existing sanctions are sufficient or a new round of sanctions are needed. It is expected that the next round of sanctions would not take place before six months up to one year, in order to be employed in preparations for the upcoming U.S. elections in 2020.

In turn, Tehran would resort to its regional negotiation tools in order to enhance its position in the negotiations with the U.S., especially as the U.S. unilateral withdrawal from the nuclear deal neither affected the agreement's legal dimensions, nor the legitimacy of the Iranian regime.

However, Iranian diplomacy has cleverly exploited the U.S. measures to appear affected by the U.S. arbitrariness, especially as the international community has rejected these unjustified sanctions, which are incompatible with International Atomic Energy Agency's reports, which showed Tehran’s full compliance with the agreement terms.

Tehran is aware that it cannot survive in isolation from the international and regional arenas, while fully realizing that Washington is seeking to push Iran towards such isolation. It is why Iran has diversified and strengthened its regional relations and options through, for example, fostering relations with Qatar and other regional countries that share common interests with Iran. It is expected that the Iranian crisis may lead to the formation of a new international alliance that brings together the states opposing the U.S. and its allies.

Tehran was optimistic following the results of the recent U.S. mid-term elections, in which the Democrats took over the majority of the U.S. House of Representatives. However, the assessment of the elected figures reveals that the majority of them are from a military background and were present during the fights in Afghanistan and Iraq. They are, therefore, aware of the risks of expanding Iranian influence in the region, rendering the current House of Representatives less likely to curb the policies of President Donald Trump's administration towards Iran. They would be driven by the assessment of risks and threats to U.S. national security, especially regarding Iran's nuclear capabilities and its preparedness to resume worrying levels of uranium enrichment.

The sanctions imposed on the 4th of November and the following ones might stimulate the region to reach the desired compromises, in addition to raising the strategic cost of the Iranian influence in the region. However, Washington gives Iran a room for maneuver for two reasons; the first is to resort to secret negotiations, and the second is to balance the pressure on Iran so as to avoid the eruption of a war, a possibility that the region cannot bear its costs.

However, there are no guarantees that the U.S. strategy would achieve its goals and bring Iran to negotiate over a comprehensive agreement, but some observers expect the success of the U.S. escalating pressure in achieving this strategy.

As the pressure intensifies on the Iranian state, it might resort to fabricating a war to initiate the first strike.