Reading in the Reality and Future of the G7 Group

Reading in the Reality and Future of the G7 Group

The G-7 is facing changes in its internal political and economic environment, as well as the changing international environment, with the rise of major emerging powers such as: China, India and Russia. These variables pose unprecedented challenges to their internal homogeneity and global impact. This paper examines the reality and future of the G7 in the light of these changes.

This is the third article in the series being published respectively in the “papers on the G7 table” file.

In 1976, when Canada joined the G7, the G7 countries were the democratic countries whose economies were among the largest in the world, therefore, they have been playing an important role in shaping the central issues, particularly globally. As their economic superiority, along with their political and military power, enabled them to discuss issues and crises on a global scale.

In doing so, they were able to draft conventions, objectives and policies of global importance. This had been the prevailing fact until recently; when the Group played a role in many issues, such as countering terrorism, nuclear armament, confronting Russia, etc.

Over the past decades, the United States of America has been keen to ensure the acceptance of its policies in the G-7, shape the agenda and content of the summits and even influence their final statements, as the old adage goes: "The strong do what they want, and the weak do what they must."

Based on that, one can understand and explain the condescending behavior of President Donald Trump, and his policy of "rejecting" the agenda and outputs of the three previous summits he has attended in Italy, Canada, and France.

Accordingly, the expectations of the leaders of the six countries may stem from the 46th summit “to be held” in the United States, in which Trump will exert pressure on these countries to keep up with his anti-China policies, make concessions in trade issues, or force them to accept Russia as a guest of the G7; and that's the agenda Trump has pursued at previous summits.

However, what is not in the calculations of President Donald Trump is that the United States of America and the six countries are no longer the same; the U.S has experienced a lower global influence relatively, and it is no longer the only power that can shape the global political and economic scene. As a result, it is far from that previous position that enables it to lead both the world and Europe.

On the other hand, the United States of America is faced with a time when the six member states tend to draw their policies individually, such as in Brexit, and each country's own policy towards the refugees’ issues. This indicates that it will not be determined to turn the G-7 into an anti-China club, especially that it would harm its interests, and the same applies to trade issues.

For Europe, the G7 is a family and a liberal democratic society, and there is no better assembly to discuss its aggravated domestic challenges, including the discussion of promoting the economic reforms in Europe, budget deficits, the problem of Post-Brexit British-European cooperation, and refugees’ issues, preserving the unity of Europe in a period when nationalist parties are growing, not to mention several current issues, the most important of which is the “Corona” pandemic and its consequences. In Europe, calls for radical or gradual reform, calls for change, building a joint army or the reform of the eurozone will resonate in all lobbies of the European Union.  These issues do not necessarily concern the United States of America, which seeks not to be dragged into internal conflicts and problems of the European Union, or even within the G-7, while maintaining its commitment to the general points without going into detail.

Similarly, the pervasive disputes and divisions within the European Union itself and NATO can be understood; as the United States of America, with a defense budget twice that of Europe as a whole, believes that it no longer has to provide more support and sacrifice for an "independent" Europe. Moreover, It calls Europe to increase its financial participation in NATO budgets and defense budgets to reduce Europe's dependency on them. On the other hand, Europe is fully aware of the content of American policy. As German Chancellor Angela Merkel indicated in May 2017, it's time to move away from the American hegemony, and Europe has to rely on itself, when she said: " We need to know that we have to fight for our own future and destiny as Europeans.” 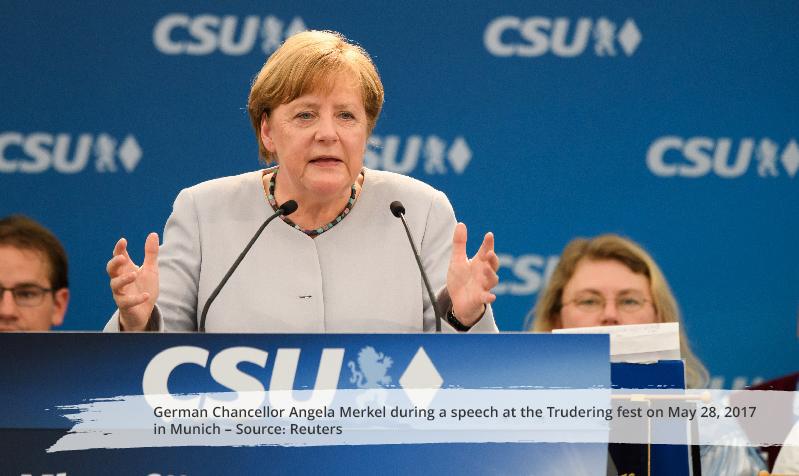 In addition, it is no longer possible to mention the influence of the G7 in its previous historical context, for the change in the internal environment of the G7, mentioned earlier, occurs in parallel with a changing international environment; that has witnessed structural changes in the economic, political and military scene, with the rise of many emerging economies, such as China, India, Brazil, and Russia.

More specifically, China is now the second largest economic power in the world, with a gross domestic product (GDP) larger than these of France, Britain, Germany and Italy combined. Furthermore, it is larger than any member of the G7 except the United States of America. India now has a GDP that is more than these of Canada, Italy, and it is almost equal to these of Britain and France. The GDP of Russia, Brazil and Canada is almost equal

In light of these variables, the G7, which still includes the world's largest democratic states, can no longer claim control over the global economy, or claim influence over global constituencies and organizations, or portray itself as a club of "elites" at this stage. It can hardly discuss or resolve any global issues while excluding the new emerging powers, which are playing an increasing role globally and no longer accept to be treated as third world countries. The best example is when President of Brazil, Jaière Bolsonaro, accused the French President, Emmanuel Macron, of having a "colonial" mentality, after the latter invited them to discuss the issue of fires in the Amazon jungle with the leaders of the G7at the 2019 Summit in France, which is an internal affair. Similarly, the seven countries at the Summit of France expressed their demand to reform the World Trade Organization, indicating their "willingness" to do so in the summit's final statement, without any response. 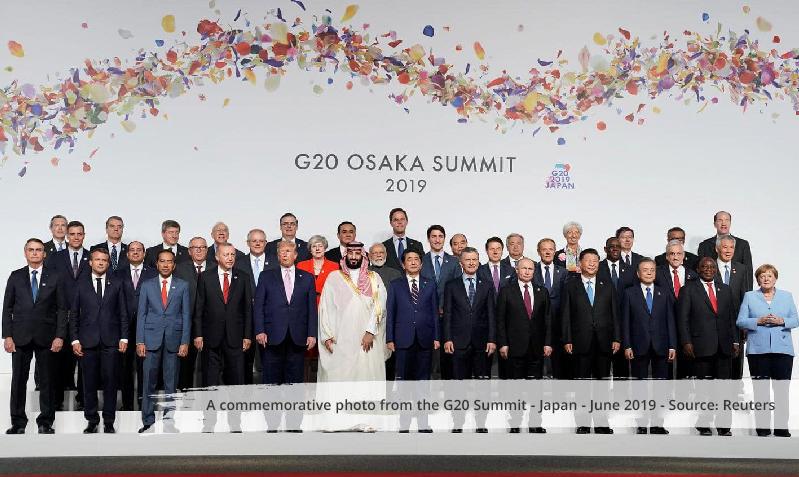 In the light of the foregoing, the influence and power of the G7 is diminishing before other global groups and forums, most notably the G-20, which accounts for two-thirds of the world's population and about 84% of the global economy.

Although the large number of participants may make it difficult for this group to reach consensus resolutions that can be applied, it has played a role in the global government and has strengthened multilateralism, which is important in international cooperation.

According to CNN, economist, Thomas Wright, agrees with this; he pointed out that the G-20 succeeded in restoring stability in the financial system after two summits: Washington in 2008 and London in 2009, which demonstrates that this is one of the issues the G-20 has been able to resolve, while the G7 has not.

Finally, what has been mentioned reveals the following fact: the group that has always been characterized by one spectrum of liberal democratic states

suffers today from the disadvantages of this "one spectrum". Here, one can understand the imperatives of the U.S President, Donald Trump, in terms of inviting new members to join the G7, or expanding the group after considering that it does not represent what is happening in the world. If the G20 emerged from the G8 meetings at its 1999 Summit in Washington D.C before Russia's exit, the G7 at its 46th Summit is ready to witness a new expansion into the G11, or the G10. This expansion and diversification may be necessary to break the deadlock within the G7.