Implications of Implementing the National Security Law for Hong Kong

Implications of Implementing the National Security Law for Hong Kong

What are the consequences for Beijing’s enactment of the Hong Kong National Security Law? Will this lead to an escalation of tensions in the U.S.-China relations? What are the implications of Hong Kong's loss of its relative independence over the South China Sea region, which is essentially a disputed region between China and other countries? 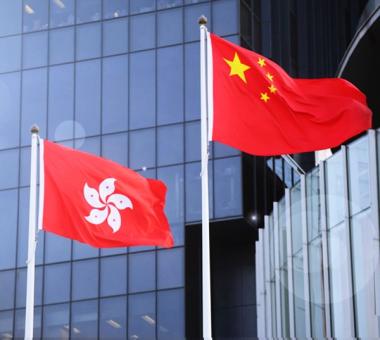 These days, U.S.-China relations are experiencing new tensions, along with the already strained relationship between them as the world's two greatest powers. This tension is caused by the activation of Beijing's national security law in Hong Kong province, which would address what Chinese officials describe as separatism, terrorism and foreign interference.

The law comes nearly a year after demonstrations by young and popular groups of Hong Kong residents against what they see as Beijing's growing influence in the city, Hong Kong, that enjoys partial economic, legislative and judicial autonomy from the central government. In March 2019, this law led Hong Kong government to propose a bill to extradite offenders and criminals at large to Beijing for trial.

The law, signed by the Chinese President, Xi Jinping and adopted by the parliament on June 30, 2020, was met with international outrage by many human rights organizations, Western countries and Japan. They consider it as a threat to freedom of expression and the lifestyle in the province, and a blatant attack on the principle of "one state, two systems", which was supposed to prevail for 50 years after the city became no longer under the British control in 1997, but under the Chinese sovereignty.

The White House announced, even before adopting the mentioned law, that Hong Kong is no longer self-governing, calling for a review of the province's commercial location. This declaration was supported by a rare consensus between Republicans and Democrats in the U.S. House of Representatives, which voted to pass a bill punishing banks dealing with Chinese officials who were behind drafting and passing the National Security Law. In addition to imposing sanctions on security leaders who were behind the crackdown on protests in Hong Kong, which was deeply supported by Washington. Before the House of representatives took this step, the U.S authorities had imposed restrictions on defense and technological exports to the province.

However, at the same time, observers say it would be difficult for the administration of President Donald Trump to deal effectively and definitively with implementing the National Security Law, because of a large entanglement of economic interests with the province.

Hong Kong is the fourth largest stock exchange in the world; there are approximately 300 U.S. companies based there, not to mention that trade between the United States of America and the province was $36 billion in 2019. Here, it should be noted that the American administration desires to maintain the initial trade agreement with China, which was agreed on in early 2020 as a truce to ease the trade war that began in March 2018. Despite the significant negative impact of the agreement and its implementation due to the “Corona” pandemic, it remains so important for Trump who is going into a tough presidential election in November.

Therefore, decision makers in the White House will think more than once about China's response to any U.S. action, particularly after Beijing's threatened Western countries and the United States in particular on May 25, 2020, that it would not allow any external measures standing against the imposition of the National Security Law without an adequate response from the Chinese authorities. For example, after adopting the mentioned Law, the British Government announced that it would facilitate some measures allowing 3 million Hong Kong residents to be granted the British citizenship, the Chinese Embassy in London immediately responded that Beijing would take appropriate measures to prevent the province's residents’ immigration to Britain.

The law includes establishing a national security body that is directly affiliated with Beijing, which considers foreign statements denouncing the substance of the Law and its applied dimensions as blatant interference in the country's internal affairs. This body will serve as a cell to oversee any state of emergency contained in the law.

New hotbed of tension in the South China Sea

In addition to Hong Kong's international economic position, which has been affected by rising U.S.-Chinese tension, the province's geographical location is an extra new hotbed of tension in the south China Sea region, which is experiencing considerable instability due to the disagreement between China on the one hand, and Taiwan, Malaysia, Vietnam, the Philippines and Brunei on the other, regarding the partition of maritime borders. China claims control over 90% of the sea area under the pretext of defending its maritime rights and national sovereignty. tensions rose to a maximum in 2015 after Chinese forces detected a U.S. spy plane flying over one of China's artificial islands under construction there.

Tensions increased again on July 5, 2020 when Admiral George M. Wykoff announced sending the two aircraft carriers “Ronald Reagan” and “Nimitz” for military exercises there, which they understood as a response to military maneuvers by Chinese naval forces, with China launching military maneuvers in the Gulf of Aden the following day in response to U.S. provocation.

The U.S. military exercises were a message to its allies that it undertakes to maintain security and stability in the region between the Pacific and Indian oceans, in Wykoff's words, but it may be a message to Beijing not to take advantage of the National Security Law imposed on Hong Kong by intensifying military activities using the entire coast of the province bordering the South China Sea.

For China’s mainland, Hong Kong's economic importance has diminished, but this does not mean overlooking it, but rather improving it to become linked with the Chinese economy as a whole. In other words, the Chinese central government is seeking to deprivatize the province to draw attention to the diversity of development and investment options on the Chinese mainland. Another important part is Beijing's quest to eliminate any attempt calling for supporting Hong Kong's independence, because of the enormous threat to its vital sphere and interests in the resource-rich South China Sea, through which nearly $5 trillion of commercial goods passes annually.

In conclusion, it can be said that the National Security Law is at a difficult stage to be challenged, in order to avoid exacerbating the global economic situation, which is suffering greatly because of the novel “coronavirus” outbreak. This does not only mean that political and diplomatic tensions will be intensified, but will also be felt between East and West. However, the parties of this tension will seek to spare economic relations any negative repercussions they may have.