This report provides an overview of the Treaty on Open Skies and discusses Washington's justifications for withdrawal. The report also explores the possible implications of the withdrawal on international arms control and whether Biden’s administration will take serious practical steps to preserve arms control treaties and enhance multilateral work. 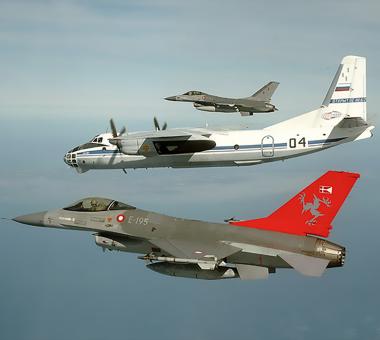 The US formally withdrew from the Open Skies Treaty on November 22, 2020 after serving the obligatory six-months’ notice submitted in May. Thus, this agreement has become the third international treaty in the field of arms control from which the Trump administration withdraws after the Joint Comprehensive Plan of Action (JCPOA) known as the Nuclear Agreement with Iran and the Intermediate-Range Nuclear Forces Treaty, which will be discussed in a later part of this report.

According to the treaty, member states can conduct reconnaissance flights over the others' territories to collect data on types of weapons deployed in other countries. Such a procedure only requires notifying the country in whose airspace flights will be carried out shortly before the start of the flight, and it is stipulated that the "military" aircraft that will carry out the flights is not "loaded" and that it follows a specific, agreed path.

The essence of this treaty does not lie in its military dimension but in its political dimension. It plays a prominent role in building confidence among member states and raising the level of military transparency among major powers. When a state allows another state to enter the airspace under its sovereignty, it reduces doubts about intentions regarding the decisions that this or that state may take.

The time period in which the treaty was announced confirms these objectives. It was approved by 27 member states of the Organization for Security and Cooperation in Europe (OSCE) in 1992, including the United States, in light of Western efforts to build confidence with the Russian Federation and overcome the memory of the Cold War, which was barely over at that time. Indeed, these endeavors succeeded in establishing "open skies that can be certain" after Russia's accession in 2001 to the treaty, which actually entered into force early the following year.

Going back to the history of the "mutual air observation" principle, the idea was first proposed in 1955 when former US President Dwight Eisenhower proposed it to the then Soviet Prime Minister, Nikolai Bulganin, at the Geneva Conference. The request was met with rejection, and tension escalated, reaching its culmination in 1960 when the Soviet Air Defense Forces shot down an American "U-2" spy plane at an altitude of 20 kilometers, and captured its pilot.

The fears that prompted Washington to establish "open skies" are the very fears that drove it to withdraw from it. US officials, in numerous statements and media leaks, attributed this measure to Russia’s non-compliance with all the terms of the treaty and its imposition of restrictions on some geographical areas, so it benefits from the agreement without fully opening its airspace. For example, Moscow does not allow a flight to be carried out at a distance of less than 500 kilometers from Kaliningrad, which includes the Baltic Fleet and is located between Lithuania and Poland, and it has also restricted flights over Moscow and Chechnya and near Abkhazia.

Of course, no country relies on "open skies" to create a security and intelligence image of what is going on under this airspace. Satellites and cyberspace operations provide an amount of information that is incomparable with what can be extracted from a pre-scheduled annual sortie. However, as stated above in this report, the significance of this treaty lies in building confidence and getting out of the cold war atmosphere that "overburdened" the international system with a suspicious arms race.

In light of Washington's liberation from the arms control agreements and the increase in international tension, observers fear the outbreak of an uncontrollable arms race. However, what may assuage some of the concerns regarding this treaty is the absence of any statement or leak from Russian sources that it will respond in kind. Russia, which is economically exhausted and looking to restore European confidence in its foreign policy after the Crimean crisis, “will seek firm guarantees that the states remaining in the Treaty on Open Skies will fulfil their obligations … on ensuring that the materials of observation flights will not be transferred to third countries that are not participants of the treaty." According to a report published by Novosti news agency in November 2020.

In view of the treaty provisions, states can share their flight information with member states. Since Washington is no longer a party to it, it is obvious that Russia should be provided with guarantees - by member states, especially Washington's close allies - that there will be no exchange of data from these flights with American parties. Accordingly; the treaty is expected to maintain its legal existence, but in a specific European framework, until the nature of the next US administration and its stand on arms control agreements - which considered a strategic asset for international peace and security - become clear.

The future of arms control agreements

After the US President announced withdrawal from the Open Skies Treaty in May 2020, National Security Adviser, Robert O'Brien, expressed the US’s readiness to negotiate with Russia and China on building a "new framework for arms control, which goes beyond the structures of the past dating back to the time of the Cold War."

This statement recalls the American analyzes that accompanied the US withdrawal from the Intermediate-Range Nuclear Weapons Treaty, as these analyzes reflected the fear of the US Intelligence Community about the absence of a legal controller for the growing Chinese military capabilities. American strategic planners cannot overlook the ambitious Chinese military modernization plans to reach a state of military parity with the US within the next three decades, or perhaps surpass it. Legally, China is not bound by arms control agreements like the United States, which requires, according to the American perspective, the integration of China into the limit, control, and disarmament systems of some types of weapons. If China does not want this merger, then the United States must reconsider the current agreements, according to the American planners.

The New START Treaty is one of the most important agreements in this field, signed after the end of the START I which entered into force in 1994. In April 2010, the US President, Barack Obama, and the Russian, Dmitry Medvedev, signed a bilateral agreement which requires the sides to limit the number of deployed strategic nuclear warheads to no more than 1,550 and fielded delivery platforms to 700.

This agreement will expire on February 5, 2021, that is, nearly half a month after Biden assumes his presidential powers, unless an electoral surprise occurs. Given that it is the last major agreement between US and Russia in this field, international security experts agree on the need to extend it in its current form, or extend it for a year until a new agreement that addresses the reservations is negotiated and is a preliminary building block for a legal framework that includes the other major nuclear powers such as China and the UK.

The backgrounds of the officials whom Biden proposed to occupy the highest positions in the next US administration show the keenness on respect for multilateral diplomacy. This means that the American foreign policy will gradually return to work with allies and adversaries without resorting to unilateral steps, except for urgent necessities associated with national security considerations and US vital interests.

Biden’s and his running officials’ statements have often shown respect for the specific rules for international interactions within the structure of the international system, never taking lightly the act of withdrawing from multilateral agreements that have a strategic security weight.

Therefore, it is likely that the New START Treaty will be extended in one form or another. The new agreement may include a special bilateral or tripartite annex - if China is incorporated - so that it contains articles that simulate the Open Skies treaty and the INF treaty which may contribute in resetting the strategic confidence between the parties.

This does not mean that Biden’s approach will be a counter-revolution against Trump’s approach, as the policy of "America first" is not a heresy that the Trump administration has come up with, as some are circulating; but rather it is the option of the "establishment" that is tired of bearing costs that do not bring in return, and in an absurd way that does not serve American interests. During the era of Barack Obama, a strategic withdrawal of US forces from Iraq was implemented, and there was an attempt to implement a similar withdrawal from Afghanistan. During his reign, NATO countries were also called upon to increase defense spending in proportion to the GDP of each country, and the Pivot to Asia policy was formulated. Trump administration was hence concerned in the details of these three issues which characterized the four years of tensions that accompanied US foreign policy.

Thus; Biden will implement the "America first" policy, but in a multilateral diplomatic approach without isolating the US from the leading and directing of the international system. This requires political prudence to preserve Washington's reputation as a responsible partner that abides by international agreements, especially those related to arms control. If the United States continues with its withdrawals, there will be no more for it to demand its opponents and rivals to abide by, because it is fundamentally no longer a party to these agreements.

Nevertheless, it cannot be assured that the Biden administration will extend the "New START", as it may be withdrawn from it as a sequence to the disruption that US-Russian relations have experienced in Obama's second term, affected by the Crimean crisis, the Russian military involvement in Syria, and the Russian interference in the 2016 US presidential elections in a way that had outweighed the Republican candidate, Donald Trump.

Until the blurring of the scene in the United States subsides, objective professional experts should urge the various major powers to adhere to an arms control system, for the current political tensions cannot endure an unrestrainable arms race that would complicate negative unconstructive fears and perceptions.