Why does Israel insist on remaining isolated from its surroundings? - opinion

Why does Israel insist on remaining isolated from its surroundings? - opinion

If Israel is unable to enter into peace negotiations, it nevertheless remains responsible for the bloodshed, demolitions of homes and storming of religious sites. 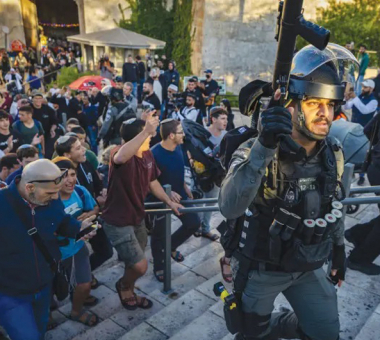 From the photos we see today of the noble sanctuary of al-Aqsa Mosque, we Arab Muslims have mixed feelings of anger, sadness, frustration, disappointment and fear for what the Israeli authorities are doing – again – by assaulting and arresting innocent worshipers, protecting extremist intrusion groups with bullets and tear gas, and allowing the flag march and the provocations it causes to bring the peace process back to ground zero.

Instead of Israel seeking to prove its good intentions during the days of Jewish, Christian and Islamic holidays, we see that it has decided to provoke and inflame the feelings of Muslims during the holy month of Ramadan with no attention paid to what it means to the Arab and Islamic people. Israel’s pursuit of rowdy Palestinian youth led to a large number of them being injured and martyred, and it disregarded the heavy tax that everyone would pay, especially Israel itself, as a result of this aggressive and unjust behavior.

What Israel is doing today in Jerusalem in general, and in the sanctity of the al-Aqsa Mosque in particular, only perpetuates its isolation from its surroundings. Moreover, it pushes its new allies who bet on peace and hoped that the Abraham Accords would achieve the desired rapprochement between the people of the three monotheistic religions to recalculate their advancement in a way that may prove to be a final and fatal blow to the possibility of peace. 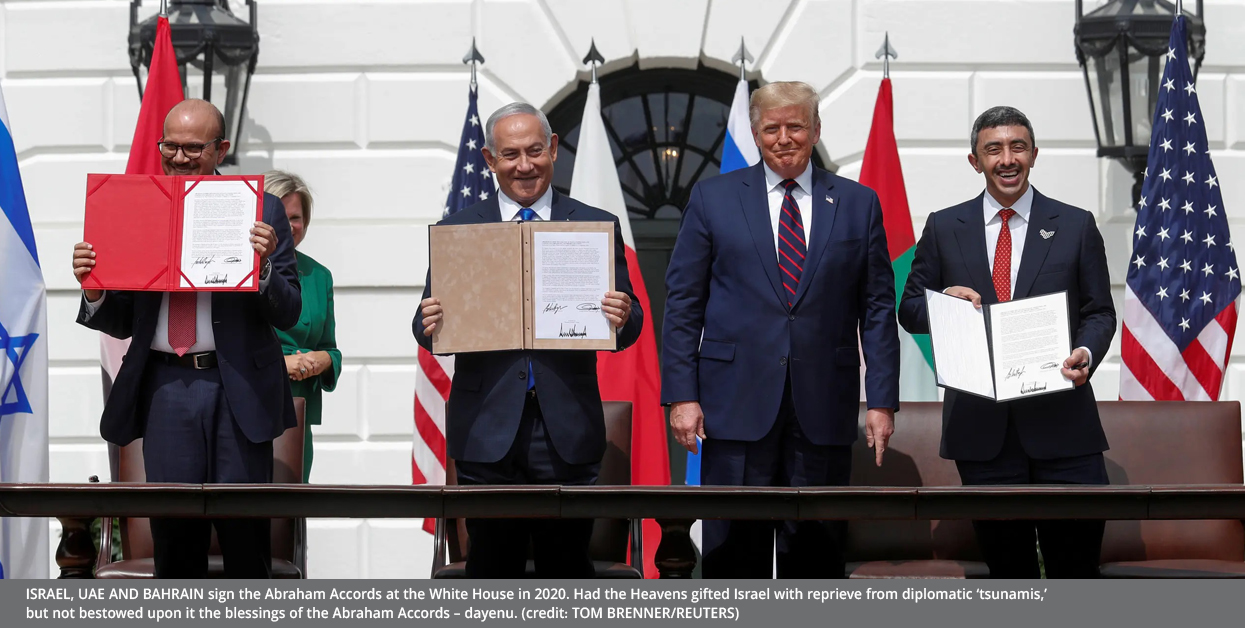 All this was put at risk for the sake of some narrow political calculations by the Bennett government and its failure to abide by what peace requires: abandoning the tried-and-failed aggression and use of force against the Palestinian people. Israel neglects all of that when it uses religion as a means of aggression and deepens the rift instead of bridging it, according to what it pledged in Abraham Accords.

In fact, the Abraham Accords revived hope once again among the people of the region in the possibility of moving toward a peace that includes all, albeit gradually, and integrates Israel into its surroundings, which, in my opinion, is the best way to maintain its security and make it a partner with the countries of the region in the face of other emerging dangers that threaten them all.

This peace would also open the door to the Arab countries, most of which have suffered from terrible economic and political conditions since the outbreak of the so-called Arab Spring. They are in dire need to catch their breath and move toward real developmental change based on ending the wars that have exhausted them for so long time.

But, what Israel is doing in terms of escalation will raise a set of questions, perhaps the most important of them being: Does Israel want peace? Or is it simply unable to achieve it?

Explaining the title of his most recent book, Catch 67: The Left, the Right, and the Legacy of the Six-Day War, American-Israeli philosopher Micah Goodman, who advises both Israeli Prime Minister Naftali Bennett and President Joe Biden, told NPR, “Most Israelis feel that if we stay in the West Bank, we have no future and if we leave the West Bank, we have no future.”

Goodman believes that no Israeli government, whether right-wing or left-wing, will be able to enter into the peace process. A right-wing government such as Bennett’s will not be able to withdraw from the Palestinian territories due to its adherence to the Talmudic interpretation of what constitutes the land of Israel and a left-wing government cannot, due to security reforms and concerns.

If Israel is unable to enter into peace negotiations, whether based on biased Talmudic readings or the pretext of security, it nevertheless remains responsible for the bloodshed, demolitions of homes and storming of religious sites. Nor does it negate Israel’s responsibility under international law to protect the human rights of Palestinians.

If Goodman’s analysis is correct that Israel is incapable of achieving peace with Palestinians, then it is impossible for Israel to guarantee its permanent presence in the region.

Granted, peace will not come easily or smoothly. An important shift such as this requires everyone to accept a change in attitudes and considerations. There is a long list of initiatives and additional steps that the Israeli side must take to prove its true desire for peace that stands in complete contrast to its violent and provocative behavior regarding the Al-Aqsa Mosque that is held in high sanctity for all Muslims.

Perhaps we need to remind Israel, once again, that any setback on the Arab-Israeli peace path only serves its arch-enemy Iran, which is waiting for any excuse to ignite unrest and war.

It is time for Israel to refrain from the arrogance and provocation that it has practiced and is still practicing against the Palestinians. It has gradually and illegally taken control of the greater part of the Palestinian lands, pushing the Palestinians into a small corner of what is rightfully under international law their homeland.

The failed policy followed by the Israeli government is based on might, not justice or law: He who has the strength and will is the victor who shall determine history.

Since Benjamin Netanyahu was removed from power as prime minister, a general opinion prevails both inside and outside of Israel that the current government cannot accomplish any major political achievements. Today, voices are rising louder than ever before about the approaching collapse of the Bennett government.

Rather than wait for a political explosion that will quickly topple his government or seek to win over the extremists by covering up their aggression in al-Aqsa Mosque, Bennett should heed the advice of the Emirati Foreign Ministry that summoned the Israeli ambassador to express its dissatisfaction and rejection of the Israeli government’s behavior toward the Palestinian people.

Bennett should also listen to Jordanian King Abdullah II, who last Sunday directed the continuation of regional and international efforts to stop Israeli escalation and formulate a position that protects Jerusalem and its holy sites, which is a Jordanian priority. The king stressed that Israel must respect the al-Aqsa’s historical and legal status and stop all illegal and provocative measures that violate it and push both sides toward a further stalemate.

However, Israel ignores all such advice and condemnations from Arab and Islamic countries. Instead, it allows its media to continue their unwise and escalatory rhetoric that does not consider political and diplomatic norms. Perhaps the most famous example of this are the statements by a journalist close to the Bennett government, Eli Cohen, who takes delight in demolishing the few blocks that have been erected so far on the road to peace.

Finally, there is a clear and decisive consequence for what Israel is doing in Jerusalem today: forcing the peace process back to square one, again. Therefore, the Israelis must reconsider their calculations quickly if their desire for peace is serious. History will not forgive them for wasting the opportunity by ignoring the sincere hands extended towards them for the sake of peace.

Thus, Israel must turn from its old methods and root out arrogance before it ignites the fire again and Israel loses all its allies.

Peace today can only be a mutual commitment between the parties for the benefit of all. Arrogance, bullying and extremism will remain, as history has repeatedly affirmed, the cause of the death of every peace.

This time, it will be a greater loss to Israel than it will be to the Palestinians if Israel remains isolated in the current regional and international circumstances.