Ukraine Over the Edge: Russia, the West and the "New Cold War"

Ukraine Over the Edge: Russia, the West and the "New Cold War"

This paper provides a brief summary of Ukraine Over the Edge: Russia, the West and the "New Cold War" by Gordon M. Hahn. The significance of recalling this book amid Russia's military operations in Ukraine stems from the understanding that the author have presented an analytical study and a thorough description of the root causes for Ukrainian crisis since 2014 and eventually conducted a prediction of current events in Ukraine.

The Ukrainian-Russian War which broke out in February 2022 attracts much of the political analysts and researchers attention, but concerning roots and implications of this war on Russia's relations with the West was decades in the making before February. The Ukrainian crisis dominated headlines for long during the 2013 fall, as the competition between Russia and the West exacerbated Ukraine's divisions.

Ukraine Over the Edge: Russia, the West and the "New Cold War" focuses on the historical background and complex causality of the crisis from the rise of mass demonstrations on Kiev's Independence Square to the making of the post-revolt regime. The author sheds light on the role of radical Ukrainian nationalists in the February 2014 Snipers' Massacre and the ouster of Ukrainian President Viktor Yanukovych, Russia's seizure of Crimea and involvement in the civil war in eastern region of Donbass.

In 2018, Gordon M. Hahn who is a researcher specialized in Islamism, International Relations and terrorism, published the book which describes the Ukrainian crisis in a wider context and tries to summarise some key causes of this crisis such as Ukraine attitude and some other external and internal actors. Hahn is a Senior Researcher at the Centre for Terrorism and Intelligence Studies Akribus Group, an author of many books and a number of research articles on Russia and the Caucasus Emirate and he lives in Mountain View, California.

Notwithstanding the fact that the book does not include a final summary or a conclusion, it provides a major evidence-based study and correct facts. The author employed his detailed thorough knowledge of history to describe broadly the reasons and results and cover a wide range of Ukrainian current problems as an impartial objective study of both the West and Russia.

The author proceeds in the beginning of his book arguing ‘Ukraine's Revolution of Dignity’. In his view, it is already clear that claimed ouster of the former Ukrainian president Viktor Yanukovych was not a whole revolution, it was eventually a mess. Regardless how one might have thought the 2013-2014 fall/winter have been beset by events (Kiev's Independence Square demonstrations and violence), he recognizes a systematic distortion of these events by most Westerners, particularly Americans, besides the media, academic communities and government resources. Hence, the writer decided to investigate on his own and reached a completely different conclusion from what the Western audience have known. 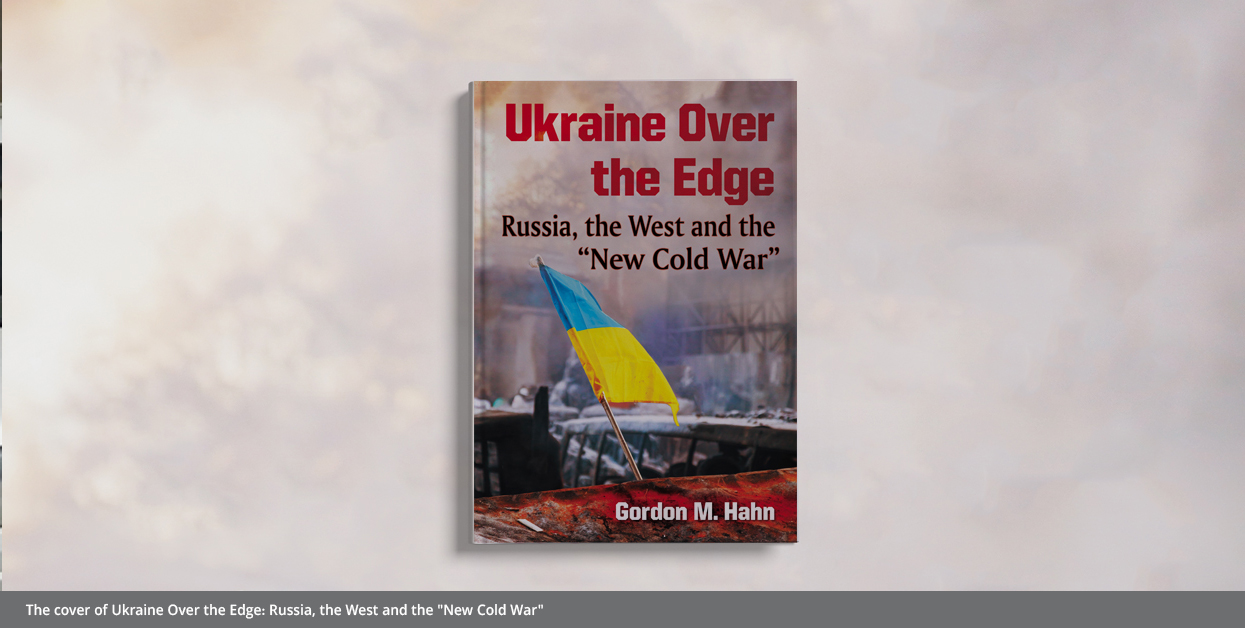 The author's most significant outcome was that these demonstrations were inappropriately based on Middle Class opposition of corruption and soft authoritarian and support of European integration, then eventually abduction of the fledgling democratic revolution by the new fascist elements that infiltrated the square's protests and overthrown the government to replace it with Elite Oligarchs (wealthy minority) which flourished under the old Post-Soviet regime.

The book consists of ten chapters in 688 pages which is a descriptive study of the Ukrainian Crisis as a whole in a wide political context focusing on several key factors including geopolitical, historical and cultural. The study relies on relevant Western, Ukrainian and Russian sources of information, as for instance: media reports, internet sources and official documents of international organizations and governments.

In the second chapter, the author discusses the historical aspect and narrates the historical roots of Ukrainian defection from Russia. He tries to prove Ukraine's fracture torn by conflicts between pro-Russian and pro-Western elements and observes a potential Ukrainian-Russian conflict.

The third chapter touches the Western expansion through a game plan of widening the geopolitical and cultural gap, especially- according to Hahn - the NATO enlargement excluding Russia as a principal cause for the Russian Western Ukrainian Crisis. Since Russia's Post-Soviet regime did not merge with the West, it initially was a potential threat for neighboring countries and the West as well. U.S broken promises not to expand NATO after the Fall of Berlin Wall and return of unified Germany to the NATO was the main cause of the crisis.

Dual use of Colour Revolutions for democracy reinforcement is the theme of the fourth chapter. Hahn thinks the NATO expansion towards the East was not only often combined with European Union expansion, but also with associated activities to reinforce Western democracy that is the responsible for regime changes in many countries came to be called ‘Colour Revolutions’.

Hahn considers reinforcement of democracy a kind of vague - as he says - even provocative and risky political technology. In his view, targeted countries would immediately lose control and ability to form a model for their institutions, political associations and civil communities once they succeed to start democratic transformation.

In his fifth chapter, the author proceeded to argue the Stateness crisis in Ukraine describing demographic and population characteristics as ‘The Tectonics’ given the way these layers were formed and responded to the internal pressures that changed  their structure and movement. Hahn tries with this analogy to prove that Donbass seeks independence from Ukraine claiming the right of self-determination. Donbass territory refused Ukrainian nationality even under an ailing rule of the Soviet Union in Perestroika Age.

A warning of the completed storm in Ukraine comes in the sixth chapter where the author believes the intensive geopolitical Russian-Western conflict increases Ukraine’s fragmentation. Despite ‘resetting’ Russian-American relations according to the wrong principle that hard issues in relations should be put aside and completely neglected, instead, concentration should only consider ‘pending peripheral matters’, this led to neglecting NATO and  European Union aggression on Russian borders being the core issue.

Entitled “Maidan”, the author indicates Ukrainian Revolution in the seventh chapter which also analyses several “escalation points”, the forceful and violent turning points which formed the Ukrainian Crisis. He concludes that the West is responsible for Ukrainian Revolution, because the dual conflict over divided Ukraine intensified at national and international levels.

At the national level, the transformational status “revolutionary” and the new system emerged in Kiev's squares, arenas and western cities. In fact, Western technology and policy have risen and enhanced class, ethnic and ideological characteristics of western Ukrainian people, especially the dual announcement (transition of authority or revolution) and democracy reinforcement according to the writer's conclusion.

A discussion in the eighth chapter tackles the transformation of Ukrainian “revolution” into a “civil war”, not to forget Putin’s try for escalation in Crimea. The author thinks Putin is to be blamed for his reaction in Crimea as he provoked the West's key role to create the primal crisis and decided to violate the 21st February agreement with Moscow.

The ninth chapter is allocated to Donbass Crisis, since the author argues that Russia and Donbass warriors insisted that the war was not their choice but Kiev's, and considerd their fight was for freedom or at least for independent territorial autonomy against the new extremist threats from inside the Maidan revolution. From this perspective, the Republic of Donbass and luhansk has popular and legitimate roots and any Russian official or non-official support is also inclusive for either the launch or continuity the war. Evidence suggests that Russia’s view concerning Donbass is closer to truth. Most importantly, the Russian military intervention obviously took place after the beginning of civil war in Kiev. 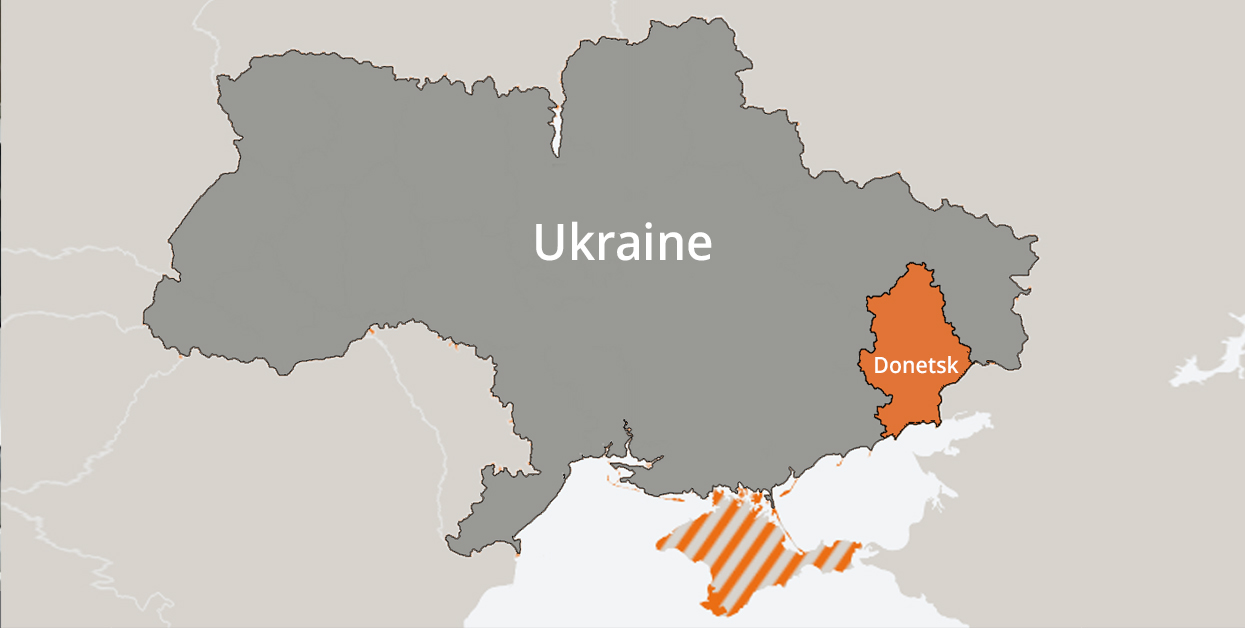 The final chapter may be considered as a conclusion and display of findings the author has drawn. Answering an inquiry: what are the sources of the crisis and who are the parties responsible for the violent ‘Dignity Revolution’? Hahn came up with the following:

1. Mackinder's geopolitics, Huntington and Eurasian civilizations created a structure of possible conflict between Russia and the West on the area separating them, where NATO, its goals and the translantic community expressed these factors.

2. The NATO and the European Union decided to institutionalize the global surrounding of Mackinder, Huntington and Eurasians in the west and broad the scope for the establishment of a Post-Cold War regime.

3. The West, namely The United States and European Union, besides Russia have all created a geopolitical tension that would indeed tear divided Ukraine.

4. As the Ukrainian crisis was provoked by both domestic and international causes, the consequences reflected domestically and the crisis along with the revolution and the war led to division in state and community but not to unity.

In conclusion, this study provided a comprehensive analysis of Ukraine's crisis from all aspects, and implied the causes of the current war. The author predicted an end goes far beyond all what we are experiencing today.