The Iraqi Personality Between Today and Yesterday

The Iraqi Personality Between Today and Yesterday

This article by the Chairman of STRATEGIECS Board of Trustees, Mr. Hasan Ismaik, presents a review of “The Personality of the Iraqi Individual” by Ali Al-Wardi; this book attempts to identify characteristics distinguishing Iraqis from others while addressing the characteristics that distinguish the human character in general. 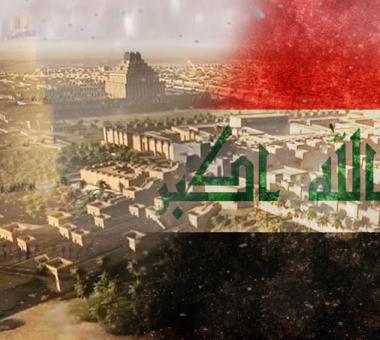 In 2003, President George W. Bush decided to topple the regime of Saddam Hussein in Iraq under the pretext of acquiring weapons of mass destruction. The decision to invade Iraq was likely made without having a deep understanding of the nature of the Iraqi people. Consequently, and after the fall of Baghdad, the US administrations suffered serious challenges in Iraq to bring to its people security and stability due to the lack of its ability in defining sustainable local, societal, and political and alliances with the different layers of the Iraqi society.

During the past years, random responses and unplanned interactions with the political scene in Iraq seem to be the dominant US policy. Therefore, both the political process and reconstruction projects have stalled in Iraq till now. The absence of a clear and integrated U.S strategy toward Iraq with deep understanding of the social complexities and intra-structures within the Iraq society from religious and ethnic perspective have costed the U.S. a lot. Additionally, this poor understanding of the social and religious context of the Iraqis allowed Iran to spread its influence and fill the vacuum on a local and social levels crippling any U.S efforts to pursue reconstruction process or nation building efforts after the War of 2003.

The argument in which the author is making relies on thesis that were argued by late Iraqi sociologist, Dr. Ali Al-Wardi. He identified through his study "The Personality of the Iraqi Person," that was issued in the era of the fifties of the last century, the characteristics distinguishing Iraqis from other nations, and the social and psychological factors that determine their decision making process when it comes to forming alliances as well as their intra-dynamics and external relations. He indicated in his book that the study was supported by many attributes that enabled him to reach this conclusion, yet, he is not certain of it. However, he attempted to understand the essence and reality of the Iraqi individuals to serve as a cornerstone for the next researchers.

According to Al-Wardi, the Iraqi personality suffers from duplication and contradiction. The Iraqi people are the most obsessed with idealism, while they are the most deviant from it. Iraqis among the most loving to their homeland but avoid being listed for military service, and among the most adhering to different religious sects and the least committed to the religion itself. This is not hypocrisy and Iraqi personality is not hypocritical as what people tend to say about it, however in reality Iraqi has two personalities, he thinks of one of them and works with another. This duality exists with all people on a personal level – with varying ranges - but it is most evident for the Iraqi people as it is deeply enrooted; such duality is attributed to three: cultural, social, and psychological reasons.

From a cultural point of view: we see Iraq as the cradle of the first civilization in history, adjacent to a large desert teeming with Bedouins, who left their desert and entered Iraq. Therefore, two classes were created: a fighting Bedouin class, and another submissive agricultural layer. This civilizational conflict affected the character of the Iraqi individual, so it adopted two types of social values; when an Iraqi confronts a stronger person, he becomes submissive (Masochism), and when confronting those who are weaker, he is a (sadistic) angry character. Such duality increased and further deepened during the Abbasid era and later the Ottoman Empire.

As for the social point of view: Iraqi society was characterized by the phenomenon of "fragmentation", that is, the division of the way of life between men, women, and children. It is rare to find a society in which the family, is divided, like that in Iraq.

Women are deemed less compared to men and possess a less-sophisticated mind, so men surpass and barely converse with them at home; they spend their time in cafés; Iraqi men are in cafés.

As for their women, being veiled and not leaving the house symbolized their chastity and honor. Additionally, they were separated from men, which led to the emergence of Paraphilia, which, in turn, increases this duality of personality, because what shows differs from what is hidden.

The children of Iraq grew up in alleys, lanes, and streets, forming a local clique that is, in fact, the roots for large gangs; values ​​of pride in power, love of domination and tribalism prevailed among them. This tendency disappears when children are back home, as they are required to be rational, or accompany their fathers to the cafe, listen to people speaking of grand ideas in words of the elite. As a result, children grow up with duality between the alley, the house, and the cafe.

Nonetheless, psychologically, every social phenomenon has its psychological aspect, when parents ask their children to be at a high level in society in terms of their actions, behavior, and words, hold them accountable for every tiny mistake, harden their education at local traditional schools, grant the teacher green light to discipline and educate them, and ask the teacher to show no mercy; when all this happens, the Iraqi child will grow up with dual personality a polite and submissive personality, and a rebellious and aggressive one. This often leads to the development of hypocrisy and dissimulation, in addition, women are to vanish from his life and be veiled upon puberty, spreading Paraphilia and leading to psychological deviation. This psychological suppression strongly affects the Iraqi character, so he tried to ease this suppression frequently by criticizing others, attributing the homeland’s devastation to others despite being a contributor to this devastation; officials would criticize the government as if it is composed of other people, and people would criticize backbiting, gossip, and lies while they practice them.

The sex motive was also suppressed by Iraqis due the intensity of women's veiling, while the motive of power was suppressed due to the policy of enslavement in Iraq hundreds of years ago, and the motive of life was suppressed for the successive famines, epidemics, wars and floods in Iraq; this greatly affected the existing dual personality.

The big difference between the colloquial and classical languages also intensified this duality, as Iraqis live with two personalities and think of two patterns, in the daily routine they use colloquial - and in forums and authorship in classical. The author called for combining colloquial with classical in one language as Europeans have done in the modern renaissance.

Finally, Al-Wardi's arguments are important to U.S policy makers because psychology and history are essential factors for understanding peoples and helping in nation building efforts. By understanding the Iraqi character, the U.S will have more holistic approach to help Iraq to cross from a state of chaos to safety and stability. Moreover, it will strengthen the direct political engagement with Iraqi political components for long-term cooperation to build a strong Iraq and a strong ally of the U.S and the West. The young revolutionaries in the squares will appreciate the support of U.S in helping them getting rid of the dependency of the ideological parties. The U.S will be able to purse its project to build democracy in Iraq and overcome the challenges by spending more efforts understanding of the different and difficult Iraqi mentalities.