This paper sheds light on the ideology of Political Islam groups during the seventies and eighties of the past century, and the impact this ideology made on how these groups dealing with concepts of authority, in addition to how they judged, from their narrow perspective associated with their partisan organizations and misperceptions.

This article is part of the series: Political Islam in Focus

The second half of the twentieth century was characterized by the presence of the ideologies of Political Islam Movements, and their rising tide all over the Arab world, in a fiercely challenge to ideologies of leftism and nationalism. Political Islam delivered a discourse committed to defend freedom and guarantee the rights of society. However, it did not stop there, for it considered that the solution lies in Islam and the application of Sharia. This was the saying that Islamists then often considered easy from their point of view, where Islam should cover all aspects of life. Yet, applying Islam on institutions or issues should adapt political Islam group’s religious perceptions, which which the thought of Sayyid Qutb and his predecessor, Abul A'la Al-Maududi, were the basis thereto.

For that reason, during the seventies and eighties of the last century, voices of the political Islam groups rose louder, in order to empower the society. The conflict ranged from what they considered to be “the Right” and compatible with them, or what they considered to be “Wrong” and against their belief. This latter represents - in Qutb's thought - the Pre-Islamic society which is not committed to the Book of God, in addition to countries that renegade applying Sharia, according to those groups. In this case, the group of political Islam took it upon itself to free nations from being Pre-Islamic.

This speech is embodied in what the Sheikh of Justice and Islam Group of in Morocco, Abdessalam Yassin, wrote in a letter he sent in 1974 entitled "Islam or the Flood". Its either that such counters would apply the law of Islam, as the Islamists imagine, or they have to face a flood of masses who believe in The Law of God. Yassin says "The flood is a historical imperative, the flood is the norm of God that washes the arrogance away, when arrogance may aggress, and pride takes it by sin." This rhetoric began to strongly rise, following the success of the "Iranian Revolution" in 1979 and the Islamist takeover of Sudan in 1989. 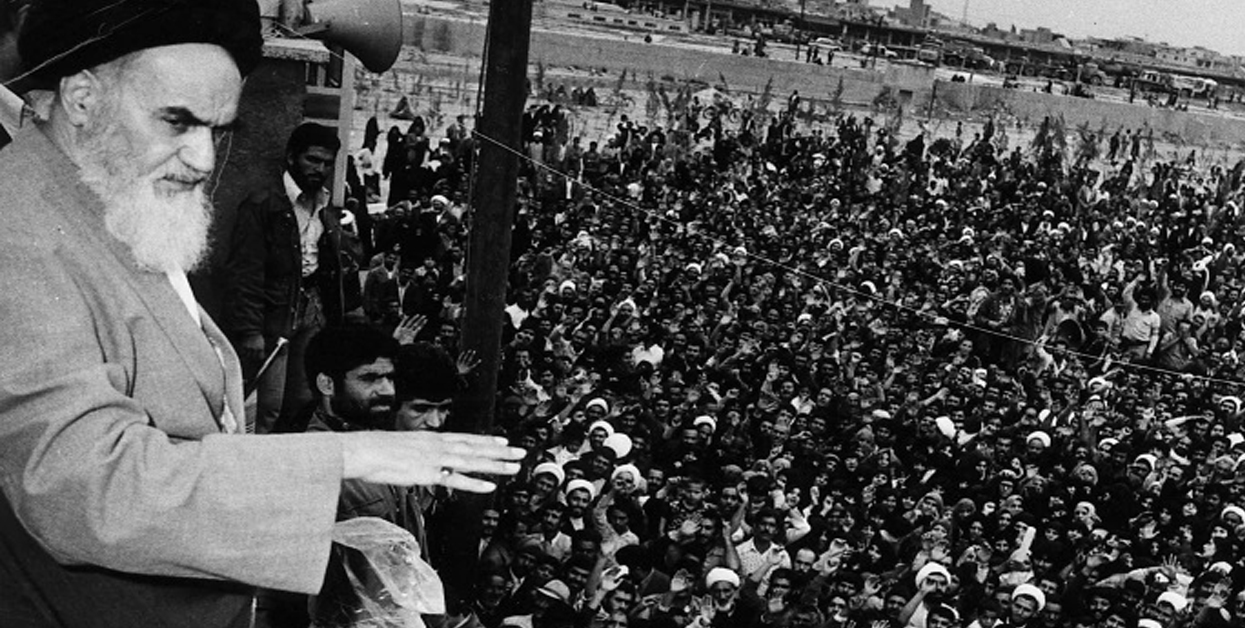 "The Islamic solution" between Implementation and Counteract

One of the distinguishing characteristics of the past century second half is that all Islamists, in all their spectra, have become part of components of the political game in many Arab countries, wither as political contributors, their roles as opponents, or the clandestine political-oriented organizations. The virtue of dealing with them and with their suggestions varied according to their contribution in these countries. During the reign of the former president Muhammad Hosni Mubarak in Egypt, the Islamists manifested their political participation, that varied between Egypt's efforts to accommodate the Brotherhood during the eighties, or clash and confront them by restricting their activities, or curbing their role within the first decade of the millennium.

In a tug of war in Syria, and the Islamic Brotherhood tended to establish armed violent clandestine organizations which carried out assassinations, attacks, and terrorist operations as means to achieve its political objectives, the Syrian authorities responded by using violence, after thousands of soldiers and innocent civilians were killed. Hamah events in 1982 became the juncture that limited the Brotherhood's dominance over the city. In the same vein was Algeria's experience with the Islamists, when the Islamic Salvation Front involved in an armed confrontation with security and military forces for more than ten years.

Whereas in Tunisia, the former president Zine El Abidine Ben Ali pursued the draining sources policy of Islamists throughout his rule. While in Morocco, membership in the parliament was allowed for the Islamists, under the umbrella of the Popular Democratic and Constitutional Movement Party, that turned to be named Justice and Development Party in 1997.

According to the foregoing, the Islamists in their homelands and abroad moved a step backwards; they kept their eyes on the rule which overwhelmed their minds, with an increased firm convention that all problems of the Islamic World are confined to the ruling regimes, which they see as submissive secularists to the West that pay no attention to implement God's Sharia. In this respect, the Islamists derived a sort of popular religious legitimacy, by raising slogans that represent the nation's ambition to implement Islam and establish for the Caliphate once again.

In general, the Islamists sought to establish a sort of legitimacy via promoting that they are victims. This profoundly affected the creation of mental perceptions that the post-ruling regimes era will be a time when justice and brotherly relations will prevail. Though the Islamists did not exert enough effort in preparing for their long-awaited ‘historical moment’ on the theoretical and intellectual levels in particular, the Islamists were sceptical and suspicious towards intellectuals and social elites, who disagreed with their ideology.

Wishes do not Move History on

At the onset of the third millennium, with the globalization, digital revolution, information, and internet effects, the world witnessed a sort of transformation regarding access of information in multiple fields. The internet became a wide space for freedom of expression and adopting attitudes in a way that is hard to monitor or control. This transformation had also revealed the old0fashined and fragile nature of ideologies associated to the Islamists and other opposition forces, that partook in alleviating the severity of ideological effects within societies, and made those societies' aspirations transcend the opposition forces alike, especially the Islamic forces. The so-called ‘Arab Spring’ events, in 2011 were a surprise for the aspirations of Arab societies, which have refrained from raising the Islamists' slogans, despite their relentless efforts to publicize and promote for decades.

Here, we refer back to, Abdesslam Yassine and Yusuf al-Qaradawi, being two prominent models who accepted criticism over the discourse of Political Islam Movements. Strangely, many experiences, critical events, and revolutionary knowledge, have changed nothing of this discourse in the period between the seventies of the last century and the beginning of the new one. Abdesslam Yassine remained committed to every detail of his discourse, he claimed, for example, according to a vision of his own, that 2006 will be the time for ‘the Caliphate on the course of prophecy’ led by his group. His claim rose a considerable controversy in the media at that time. Even after his death in 2012, his group has been instructed by his heritage up to this moment.

As for Yusuf al-Qaradawi, who also remained committed to all his perceptions, he was involved in provoking the Arab nations to protest in Tunisia, Egypt, Libya, Yemen, and Syria, through his continuous appearance on the media at the time. He was involved in giving an advisory opinion (Fatwa) to kill the former Libyan president, Muammar Gaddafi, as well as inciting the murder of Sheikh Muhammad Said Ramadan al-Bouti. However, the problem here lies in the consequences rather than the Fatwa itself. Obviously, al-Qaradawi, the jurist of the preachers and head of The International Union of Muslim Scholars, have never paid attention to reconciliation between the political parties in the same homeland, with benefit and amiableness serving the aim of building nations, and planning to end our collective crisis.

It is critical here to emphasize the role the scholar or the jurist is entrusted with in his nation manifested in the enhancement of benefit and seeking of all individuals' welfare in the society, not with the partisanship of one party at the expense of another especially at the critical moments the region experiences. However, al-Qaradawi and all his followers did not learn the lesson from previous bloody events as happened in Syria during the eighties of the previous century, or in Algeria later on, or the attempts to repeat this scenario in Libya and Syria after 2011, although their regional agendas and international interests were crystal clear.

Whereas in several countries such as Morocco, Tunisia and Egypt, the so-called ‘Arab Spring’ had hastened the Islamists approach to authority, their rhetoric and practical levels of power were totally soaked up as their authoritarian experience universally revealed a monopolized sectarian nature. Furthermore, poverty, unemployment, housing, education and other genuine dilemmas that Arab societies suffered from had no practical solutions which the saying" a loser is unable to give" approves. Partisan organizations remain empty structures from inside and unable to spread future visions or scenarios despite the Islamists' ability to expand them; they are incapable of opening broad horizons to themes associated with religion, state or society and lack the ability to criticise or review the arguments of modernity.

The so-called ‘Arab Spring’ pushed the Islamists in Egypt, for example, to presidency of the state, but the way they managed to approach the rule eventually enforced Egyptian public to stand against them. Regarding the implementation of Sharia, ISIS exemplified the worst version in Iraq between 2014 and 2017, while other versions of the Islamists' experiences in Sudan and Iran did not entail an Islamic cultural alternative that matches with novelty of the twenty-first century. 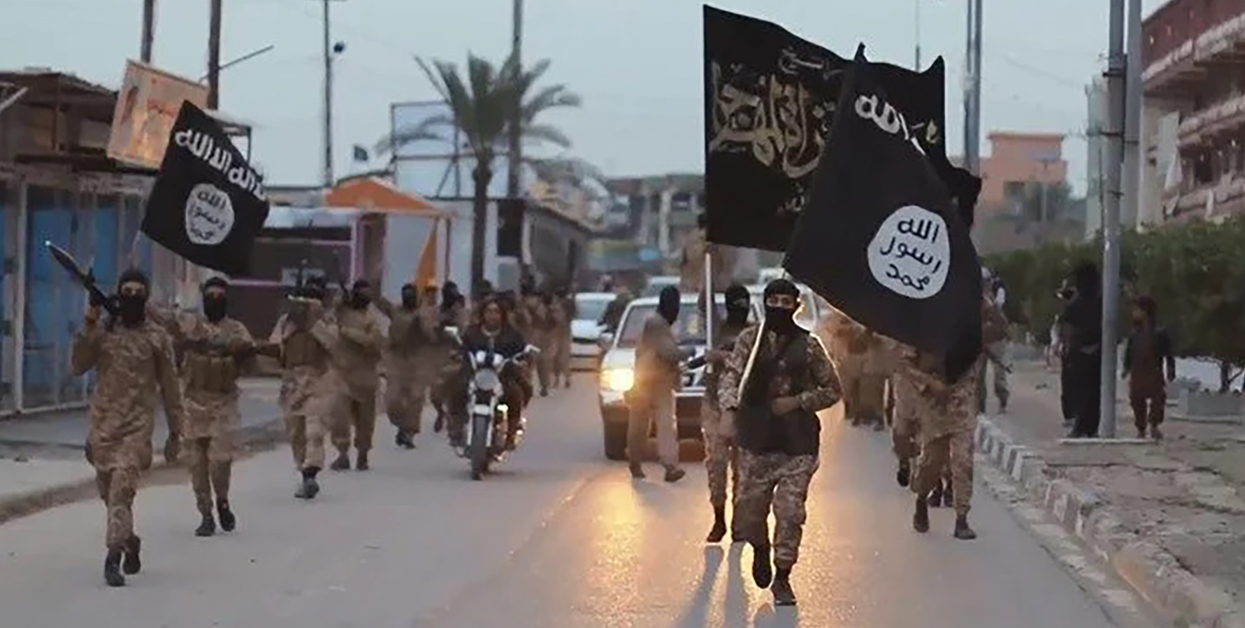 In summary, the Islamists of today in all formations do not have a future vision or a discourse; empty-handed who have nothing left to gather an audience around. They wasted their chance in presidency which they pinned all hopes on in order to change the nation's reality and uplift the social economic situation, because they followed the Party's organization logic and narrow perspectives instead of showing openness towards the society and the options it offers.  This does not mean that Islamists will no longer exist in real life, rather they will survive and stay close to the groups and organizations that depleted all their capable forces for change. History does not move on by wishes, it had its own logic and course as ‘The imperative of the Islamic solution’ makes no sense. The Holy Quran forewarned to the rule associated with the courses and traditions of history in the Almighty verse: " It may not accord with your wishful thinking - nor with the wishful thinking of the fol­lowers of earlier revelation - [that] he who does evil shall be requited for it, and shall find none to protect him from God, and none to bring him succour, (123)" (An Nisaa).

Moroccan writer and researcher specialized in intellectual and Quranic studies.