On the Regulation of US Tech Sector

On the Regulation of US Tech Sector

Controversy over the economic and social role played by big US tech companies escalates from time to time, particularly after debate has been brought to the corridors of the legislative and executive institutions. This article provides an analysis of the events surrounding the US tech sector regulation lawsuits. 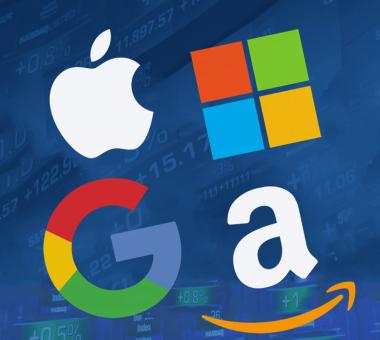 After being in control of most of the oil refineries in the United States, Standard Oil Co. was ordered in 1911 by the U.S. Supreme Court to be dissolved and split into 34 companies, on the grounds of antitrust cases that had been filed against it. The said company, although being one of the world’s first multinational corporations, ended up being dissolved; for it was – as seen by those who stood behind the dissolution - a threat to the stability of the American economy.

Speaking of the present, some political voices in the American society are calling for the dismantling of the big Silicon Valley tech companies based in San Francisco Bay, California; simply for seeing that they are but monopoly companies, with no competition, framing them for threatening the stability of economic life in the event that one or most of these companies would face any financial or even technical crisis. There is also the fear of their impact on the political decision, given their large size in terms of market value and global reach, which are demonstrated by the hundreds of millions of users worldwide.

The callings for breaking up the US big tech companies are not new. In 1998, for example, Microsoft was on the brink of splitting up into two companies had it not been for a legal battle in the Supreme Court which, in the end, ruled to preserve its current form.

The US political system, with all its components and contradictory currents, does not allow economic and political power outside the framework of official institutions concerned with organizing public life and formulating foreign policy; approaching economic actors is thereby built on such basis. However, someone might say that economic activity is what drives the general policy of a state and determines its foreign interests. This is true, for it would be difficult for such a specific sector’s activity - if no solid political base through which it could be manifest were found - to influence the decisions made regarding the areas of the state’s intervention in economic life in general.

In late July 2020, the US House of Representatives Antitrust Subcommittee held a hearing that lasted about four hours, attended by the CEOs of the four largest companies in the marketplace in Silicon Valley, referred to as GAFA (Google, owned by Alphabet, Amazon, Facebook and Apple). Although the four corporations were all indirectly charged with monopoly, there is no wrong with mentioning some of the details of the session:

1. The founder and CEO of Amazon, and the richest man in the world, Jeff Bezos, showed himself as an owner of a humble retail platform, stating that his company constitutes approximately only 4% and 1% of the retail market in the United States and the world, respectively.

2. The founder and CEO of the social media giant Facebook, Mark Zuckerberg, implied that any practical restrictions that could be imposed on his company would increase the penetration of Chinese companies on the global arena and limit the ability to detect and combat any foreign espionage activity.

3. The CEO of Apple, Tim Cook, and CEO of Alphabet, Sander Pichai, denied the charges of monopoly at large, and, like the other CEOs of other companies, pointed to the "positive role" that their companies play in creating jobs and cooperating with various state agencies.

The CEOs of many tech companies defend their economic positions, more than anything else, out of their confidence that they do not violate the foundations and norms of the American economic system based on the ease of movement of capital and freedom of competition, among other characteristics. Nevertheless, the behavior of these corporations is, in the eyes of many politicians and opinion leaders, a threat to innovation and competitiveness.

The US President, Donald Trump, together with a large proportion of the Republicans believe that the US tech companies must be constrained, not in terms of antitrust, but in a way that allows the views of the GOP to be freely spread without deletion, censorship or bias. Therefore, we can come to a preliminary conclusion that both Republicans and Democrats take a stand against tech companies, each from their own perspective, however.

On October 20, 2020, the US Justice Department officially charged Google with antitrust violations, with 11 states participating in the lawsuit – an action described as the most significant in three decades. Interestingly enough, when asked about the Ministry's intention to dismantle the company, the Attorney General, Bill Barr, responded that all options are on the table.

Some attribute the aforementioned decision to the US administration’s fear at that time (before the presidential elections) of the tech companies influence on the voting trends of the electorate. Against such a backdrop, Trump’s accusations to Google in July 2020 could be understood, as he called for the company to be held accountable for its cooperation with Chinese technology companies in the field of artificial intelligence. This is not the first time that the US authorities interfere in the work of tech companies. In November 2017, there had been an official intervention to thwart the merger of AT&T with Time Warner, the owner of CNN which Trump accused of broadcasting "false news"; the merger took place any way. 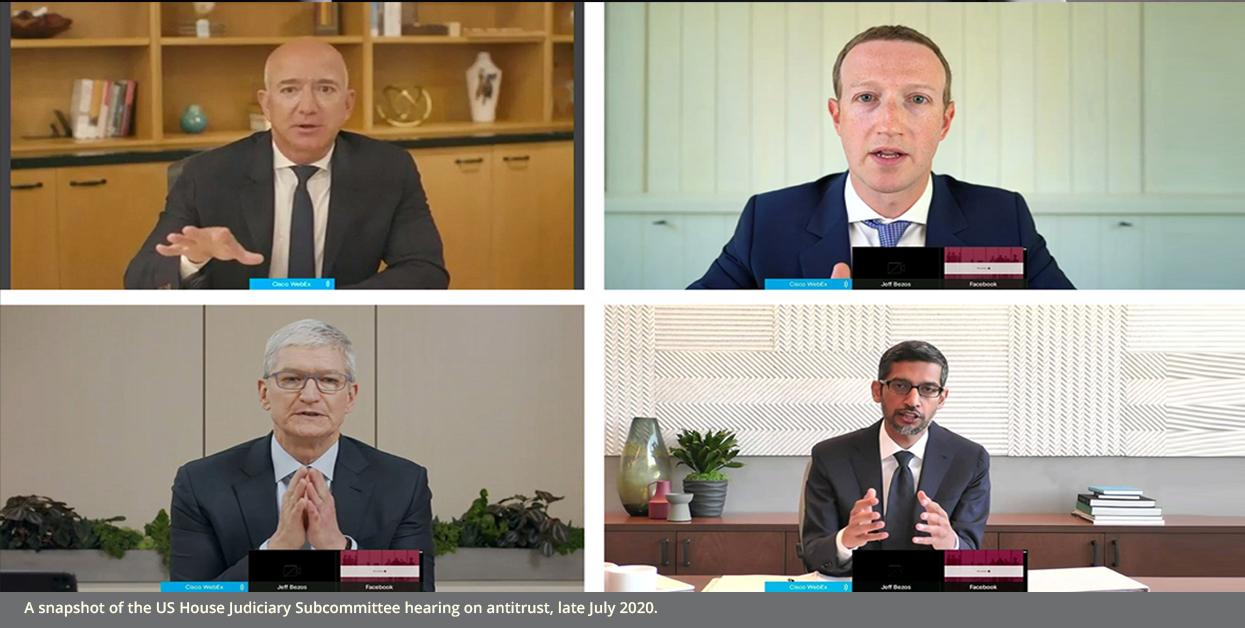 Republicans and Democrats may be in agreement that tech companies have become "very large;" yet, there is no consensus on the mechanism of dealing with such a complex economic and technical magnitude that cross the geographical and political borders. Democratic Senator and former presidential candidate, Elizabeth Warren, proposes to dismantle these corporations and is backed by Senator Bernie Sanders. On the other hand, the majority call for the creation of means to regulate the work of this sector, which is one of the active poles in the leadership of the American economy, without giving any explanation or any details of the content of these regulatory mechanisms.

Far from the politicized approach that governed the Trump administration’s relationship with Silicon Valley, especially with social media companies, it is unlikely that there will be a Democratic-Republican agreement - in the near term - on the mechanism for regulating the US technology sector in light of the polarization that preceded and followed the US elections. However, the case could escalate to the point of imposing huge financial penalties if these companies are formally classified as monopolies.

The embarking on regulating the US technology sector may result in a shake-up in the financial markets by virtue of the large position that the companies occupy in the stock markets. Thus, whoever imposes “regulation”, whether it includes dismantling or not, will have to reassure investors and economic circles that there are understandings between the government and the company in question.

With reference to foreign competition, Chinese companies seem uninterested whether the US technology sector is regulated. Its high tech achievements, including social networks, speak for themselves and continue to expand greatly. However, some turmoil in Silicon Valley may be in the interest of China, whose government owns entities and contributes to managing many tech companies there.

In conclusion, a great paradox appears. On the one hand, there is a lack of response from the leaders of Silicon Valley to any form of regulation that could seriously harm the US economy, not to mention the Chinese anticipation. On the other hand, maintaining the status quo will participate in increasing competition in the market, in addition to reducing guarantees regarding non-interference in political and social decision-making.