Why do we lack multiple economic entities with global reach and operating offices across world's east and west, whereby knowledge and technology are transferred to the Arab world to equip future generations with scientific and practical knowledge? This article explores this question and the concept of Mergers and Acquisitions (M&A) and their impact, in addition to presenting real-life examples of companies that arose through M&A transactions. 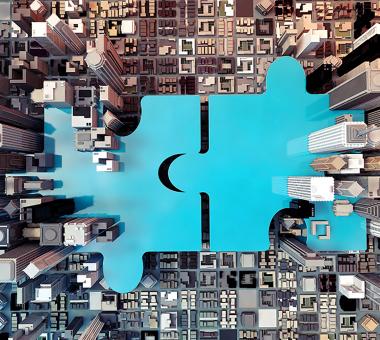 This article was triggered by a question that I have always raised to my team, my partners, and even myself, and that is why is there an absence of multiple economic entities with global reach and operating offices across the world's east and west, whereby knowledge and technology are transferred to the Arab world to equip the future generations with scientific and practical knowledge? However, asking "why" is never enough. We should rather find answers to how we can create a global presence and achieve our economic goals locally and regionally.

Achieving this goal is not an easy task, especially in the face of many constraints and challenges, therefore, it is imperative to formulate a well-planned economic strategy that addresses our perception of mergers and acquisitions (M&A). The strategy should be preventive and proactive, aiming at re-distributing the competitive advantages among the various economic sectors; generating job opportunities regularly; reducing the number of struggling companies in the economic arena; enhancing the production chains, and expanding the availability of financing channels. These would lead to building a solid base for companies that can compete in the first regional phase that may extend for at least ten years and after which comes the global competition strategy.

The purposes of M&A transactions range from reducing funding costs,  expanding the asset base, strengthening the financial position, increasing the market shares of the new entity, and saving a company from failing and then bankruptcy. However, adopting M&A strategies to develop, expand, and strengthen the economic system must be justified and implemented at the right time in order to create a positive impact on the sector.

For instance, the merger of the National Bank of Abu Dhabi (NBAD) and the First Gulf Bank in 2017 has increased trust in the UAE banking sector. It has also renewed confidence in the economic approach of the banking sector, which is one of the most important sectors in the Gulf Cooperation Council (GCC). It is also closely linked to the financial services sector, one of the leading economic sectors.

Proper merger transactions would positively impact financial markets' indicators and contribute to improving the overall economic and social sentiment. They are also vital for foreign capital and direct investments so as to build their trust in the economic sector. Arab governments, therefore, should seriously consider adopting a framework strategy for M&A transactions and seek to become partners in evaluating these types of transactions. This can only be achieved by monitoring the performance of listed and large family corporations in each sector and analyzing the strengths, weaknesses, opportunities, and risks of each company. Recommendations should then be provided with regard to mergers or acquisitions transactions when they take place between companies in the same sector.

Such strategies must then be proactive and capable of assessing the risks and neutralizing the negative consequences before any damage occurs. We should not wait for crises to happen so we take corrective measures. This is because, at the macro-level, corrective measures are in fact always more costly. Moreso, looking at the trend in previous crises, which started with the repercussions of the "dot-com bubble" phase from 1995-2001 up to the global financial crisis, the cost of mergers and acquisitions has increased due to the state of uncertainty and doubt following almost every crisis.

During the period 2005-2018, the mergers and acquisitions transactions worldwide amounted to nearly $47.6 trillion, according to "Statista", an online portal for statistics. The year 2007 alone witnessed the largest activity of M&A, with a total transaction value of $4.958 trillion; followed by 2004 with $4.776 trillion; and then 2006, in which the total transaction value was $4.061 trillion; and finally 2018 with deals worth $3.888 trillion. The deals varied amongst several sectors, most notably were the energy, technology, and healthcare sectors. The shares of the U.S. companies in such deals accounted for more than 40% of the global M&A transactions.

However, the M&A market in the Middle East and North Africa (MENA) region is still modest with a total of 10,690 transactions during the period 2005-2018 in the region with a total value of over $1 trillion, according to the IMMA Institute, which is specialized in the study of mergers and acquisitions.

These figures reflect a profound vulnerability in the Arab and regional M&A market, which necessitates studying this weakness and finding means to overcome it. In fact, there are examples of partnerships between Arab governments and companies from the private sector where these companies have creative ideas and great ambitions that could pave their way to universality, given that they are not subjected to bureaucratic pressures and narrow-minded interests.

Nonetheless, the Arab M&A market witnessed a global transaction in 2017 that sparked hopes for the electronic retailing (e-tailing) sector. It is when the largest retail giant Amazon acquired "Souq.com" with an estimated value of $650 million. Here, we should aspire for an Arab company or investment fund to acquire an Amazon-sized company.

The investment sector in the Arab region has also witnessed a qualitative merger that is considered the most important in the region. This is manifested by the establishment of "Mubadala Investment Company", which owns the shares of the Abu Dhabi Government in Mubadala Development Company and the International Petroleum Investment Company (IPIC). The two aforementioned companies were thus fully owned by the newly established company. The objective, according to the company's statement, is to achieve a leading position in global investment and take advantage of available business opportunities in strategically vital sectors across the world. Eventually, this would reinforce the implementation of the long-term plan adopted by the UAE to foster economic diversification. Moreover, this merger has positively impacted the global investment due to the significance and weight of these two investment companies in major sectors globally.

Some may argue that encouraging mergers and acquisitions would greatly affect the opportunities of small and medium enterprises (SMEs); however, this is not necessarily the case. It is reasonable to ask what stops medium enterprises from re-evaluating their potentials and chances and then looking for mergers opportunities to expand and achieve their objectives? We would then be able to keep up with the pace of global changes in the industrial, production, and technology sectors as well as their supporting services.

Today's world is on the verge of a fourth industrial revolution, and Arab businessmen and investment funds should carefully consider finding new projects in leading and innovative sectors across the world and then seek to acquire them. Perhaps, these companies might one day become international companies with an Arab share and, thereby, constitute the nucleus of economic development that serves societies and provides Arab youth with the opportunity that the majority of countries have failed to provide. 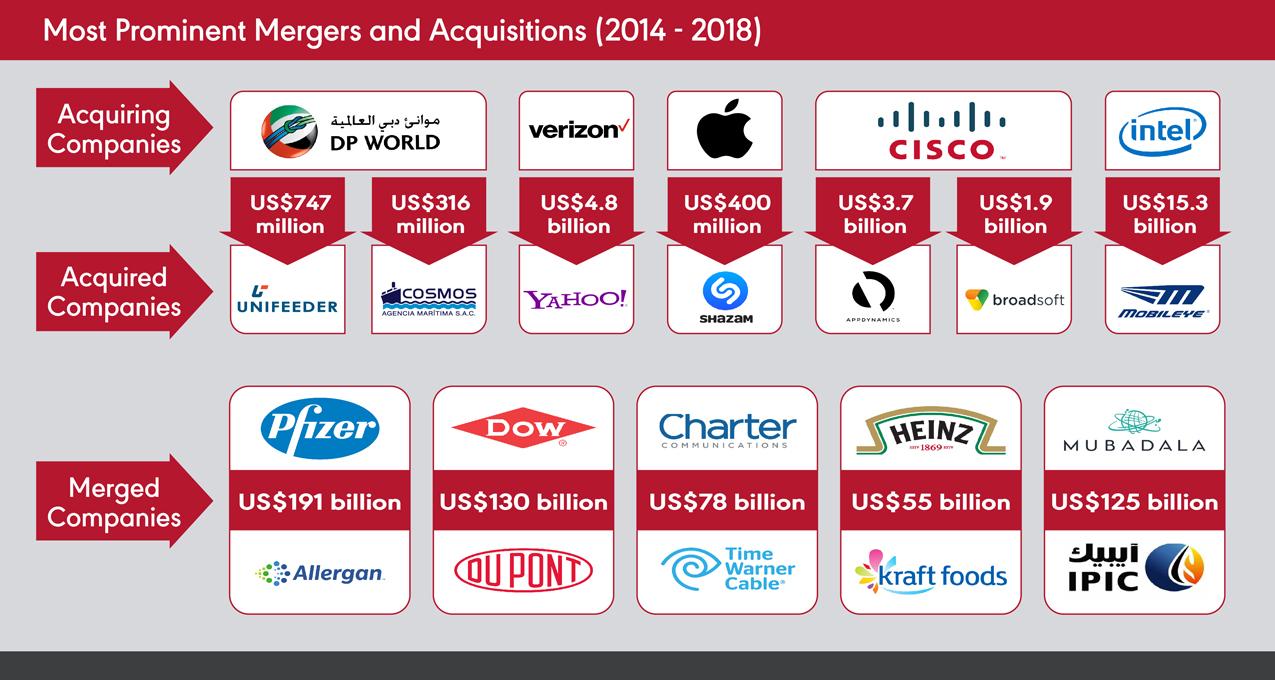