Does the Middle East still Occupy the Center Stage?

Does the Middle East still Occupy the Center Stage? 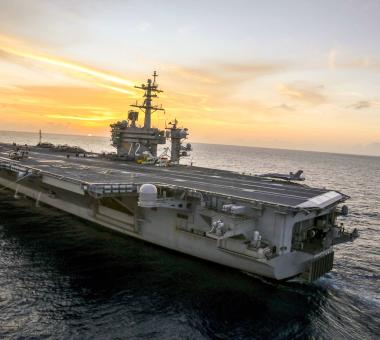 The recent events have triggered many to conclude that the Middle East is no longer at the center stage of the U.S. international security interests. The most significant factor to such a conclusion was President Donald Trump’s decision to pull out the U.S. troops in Syria. Some observers conclude that this moment of rapid evolutionary geopolitical change would witness a shift not only in the U.S. troops but also in its interests in the region.  Such an argument is not sustainable due to the modern history of the U.S. engagement in the Middle East, the tumult that continues to afflict the region, and the political and economic interests permanently at play.

The History of the U.S. Engagement in the Middle East

The year 1979 marks the first U.S. engagement in the Middle East and North Africa (MENA) region in the modern era. Following are the momentous events that took place during this year:

1. The signing of the Egypt-Israel Peace Treaty at the White House.

2. The Iranian revolution that ousted the Shah.

3. Saddam Hussein’s coup and the seizure of absolute power in Iraq.

4. The extremist attack on the Great Mosque of Mecca, for which Khomeini blamed the U.S.

5. The Seizure of the U.S. Embassy in Teheran.

6. Burning of the U.S. Embassies in Islamabad and Tripoli.

7. The Soviet invasion of Afghanistan.

Such an unprecedented explosion of anti-American activities, which were arguably triggered by the U.S. role in compelling Egypt to recognize Israel, has fueled a series of attacks on the U.S. interests:

The ensuing wars in Afghanistan and Iraq embroiled the U.S. military in the region for the next 15 years, leading to the largest expenditure of blood and resources in the modern era and a complete transformation of the MENA power structure.  Hussein, Qadaffi, and Mubarak are gone, and the Shia crescent is now more fully formed than ever.  Arguably, the greatest beneficiary of the Iraq War was Iran.

Since his campaign in 2016, President Donald Trump, like his predecessor, pledged to disentangle the U.S. from the Middle East. Once in office, he modified his withdrawal initiative to confront and win the battle against ISIS on the ground in Iraq and Syria.  The war led to the first deployment of the U.S. combat troops into Syria with significant success. Now, in the wake of that success, the President reverted to his withdrawal initiative, ordering the pull-out of all the U.S. forces from Syria (with similar pull-outs from Iraq and Afghanistan ostensibly in the offing). This led to fears of an international security vacuum in the MENA region that Iran, with Russia and China’s support, would fill.

These fears are perhaps overblown.  Events, alliances, economic interests, and political relationships continue. The Syrian withdrawal is a draw-down of kinetic military ground activities.  Security support for the region, in the form of arms and other methods (possibly airpower and certainly intelligence), will continue.  Economic and political resistance to Iranian hegemony will continue. Regional powers must step in to fill the active military space if needed.

The removal of several thousand U.S. troops is not a removal of the American economic interests or political engagement. It is the disestablishment of active policing activities. This is not 2011 when the U.S. troops were pulled from an unresolved Iraqi political crisis created by the U.S. intervention.

The Middle East will remain in the center stage and the modern era of battle, one that is continually involving intelligence, counterterrorism, and the selective use of airpower. Economic sanctions also continue to serve as an effective weapon of choice, but the conventional battle draws to a close, as it inevitably must.

Conventional wisdom says this is a mistake, but the decision by President Trump answered a “when” not an “if” question.  As Commander in Chief, he decided that the “when” is now.  As President, he is fulfilling a promise to the American people (which never moved to the “if” column).  The resources once devoted to keeping the U.S troops in the region shift now to the continuous struggle against Iran, the fight against endemic corruption that afflicts every MENA government, and the support of Washington's regional allies in their battle for peace and prosperity.

Former US Inspector General in Iraq