With the recent global rapid acceleration in technological advancements, technology, in its trans-geographical sense, has become an essential component for measuring the development and progress of societies. This article, therefore, discusses the impact of technological development and artificial intelligence on community behaviors, addressing whether they pose a threat that neutralizes humans and their capabilities. 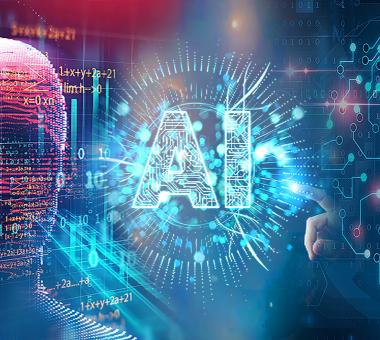 The world has witnessed rapid acceleration in technological advancements over the past 100 years, driven by the utilization of more resources in research, development, and generation of knowledge. In the sense that technology is trans-geographical, it has become an essential component for measuring the development and progress of societies. However, such a rapid development raised questions that are crucial and influential to the pathway of humanity.

Observing of the trends of technological progress reveals the determination of the superpowers to develop highly advanced applications such as artificial intelligence (AI) to be employed in the military and security fields. It cannot be denied that the peaceful utilization of these technologies has significantly affected the quality of life of communities where they are used.

The discussions in political and military spheres are often concentrated on traded accusations related to global cyberattacks exchanged among global powers such as the U.S. and Russia. There are further concerns that terrorist groups may potentially use advanced technology to target the database of the Organization for the Prohibition of Chemical Weapons (OPCW). Iran is also present in the scene, accused of initiating several cyberattacks against scores of U.S. banks. In return, Tehran claims that the U.S. Department of Defense has been carrying out a cyberattack to disrupt Iranʹs missile systems. However, I believe that the next level would be more dangerous if artificial intelligence applications are employed in cyberspace conflicts.

While politicians are busy examining such problems, scientists direct their focus towards the risks that artificial intelligence poses to all mankind, particularly how AI applications develop themselves to replace human beings and take over their positions in the medium and long run.

Almost three years before 2000, the world began, for the first time, to link its end-of-the-world questions to technology, which was after the Millennium problem "Y2K bug". The problem emerged due to an error in the major computers that control communication and information networks in vital institutions such as airports, hospitals, military bases, and financial institutions; wherein the programs could not distinguish the year 2000 from 1900. The reason was the formatting of the storage mechanism as many programmers represented the four-digit years with only the final two digits. It means that 1998 is referred to as 98, which the computer could process and recognize that the next year as 1999, but the programs could not tell that 2000 was following 99. The world, however, has been able to overcome this dilemma through research and development.

The "Y2K bug" may not be a big problem, but our understanding of technology was limited back then, and by nature, fear always accompanies ignorance. Once knowledge grows and accumulates, the world would raise critical questions about the more serious and complex challenges that we will face in the future. The notion of accelerated technological development and the heated race to acquire new technologies, whether among countries or companies, have reached to the extent of a precise stimulation of some of the human brain functions.

This leads us to wonder if it makes sense to be pessimistic about the advancement of artificial intelligence; or whether it is an actual threat that can neutralize the capabilities of mankind or even eradicate them.

Since the establishment of STRATEGIECS Think Tank, we have devoted part of our research and financial resources to study the effects of the ongoing technological development on the behaviors of different societies, and how this would affect our lives in the future and our perception of the past. Perhaps the most important stage of the modern technological development, in my belief, was when AI applications began to influence how users interact with the Internet, and how they interact with one another via the web and in real life.

AI applications can provide machines with the ability to learn, think, plan, and develop; they can then offer choices and compare them, a matter which has prompted governments to attach greater attention to the framing and understanding of artificial intelligence applications to be utilized for the benefit of their citizens and security. In 2016, U.S. President Barack Obamaʹs administration released the National Artificial Intelligence Research and Development Strategic Plan, of which President Donald Trump requested an update through an executive order issued in February 2019. The strategy focused on heading towards long-term investments in artificial intelligence research; the development of effective means of cooperation between human and artificial intelligence; the importance of understanding and addressing the ethical, legal and social repercussions of AI, ensuring the safety and security of these systems; and focusing on the importance of understanding the needs of the national manpower with regard to the AI research and development.

The importance of these fields lies in their focus on studying the effects of artificial intelligence, leaving no room for speculations. Algorithms are a set of commands used to solve problems of technological applications and they are the essential building blocks of the advanced digital world we see today. Algorithms were developed by programmers to teach computers new tasks in isolation from developers. Particularly on this basis, many scientists fear that people would lose control over machines. We here refer to Facebookʹs experiment of chatbots at the end of 2017, in which two artificially intelligent programs were supposed to use English for communication with each other during negotiations to swap balls, books, and hats. The chatbots successfully communicated with one another, but what was worrying is their usage of English words in a way that nobody else could understand.

Facebook found out that the chatbots managed to use a language of their own. The experiment was hence abandoned in fear that robots may be able to access databases without the knowledge of Facebook. It is therefore important to carefully examine these hypotheses, but with no underestimation of the importance of AI applications to the worldʹs development.

There is a more illustrative proposition related to the impact of artificial intelligence on humanity other than the eradication of mankind, which is related to the social aspect. It is assumed that machines would inevitably substitute humans in certain basic jobs such as medical professions, driving, and various factory jobs. Martin Ford, the author of the book "Rise of the Robot" believes that humans would lose plenty of their jobs and unemployment rates would increase significantly because of machines. However, this proposition may not be entirely accurate as far as I am concerned.

The inaccuracy of this notion can be discussed from two main perspectives. First, we fully believe that machines will replace humans in some traditional jobs, but it does not necessarily mean that humans will be unemployed or lying on the beach. In fact, the technological development has created a massive number of jobs that humans have never previously practiced, which are all related, for the time being, to developing technological applications, programming, computer science, and cybersecurity. In the future, humans would not stop looking for alternative and renewable jobs; thus, attractive investment opportunities across the world would double. Second, the nature of jobs in which machines have proven their superiority is related to precise and logical calculations and multi-tasking, where human errors may lead to the loss of lives or complicated problems. For example, the "Chatbot"  website has developed solutions for issues related to psychiatric diagnosis since individuals in several societies cannot afford the expensive costs of diagnosis. The website developed a natural language, through which software programs (agents) chat with human users. This enables agents to serve as virtual therapists to provide guidance and support the individuals who lack effective alternatives. The AI applications for psychotherapy have proved their effectiveness with the patients, who could talk more freely about their complaints.

Indeed, this does not negate the accuracy of human performance, but cooperation with machines will be particularly useful in rigid professions that do not require a sense of creativity for the sake of minimizing errors. Several large corporations rely on prepared templates rather than on their employees' creativity. Hence, employees might lack the sense of the real value of their presence, especially with jobs related to design, art, and creative thinking. These employees' job titles are supposed to unleash their own creativity, but companies usually do not have enough time to test their creativity, which constitutes a real dilemma for employees and prompts them to look for other places where they can employ their skills. Artificial intelligence would thus be a good alternative, using templates to replace these individuals.

In light of the above, the most important question that would arise is related to whether the entire world is capable of applying the same complex artificial intelligence systems to the same extent. Russia, China, Japan, Germany, and France can develop their strategies of AI research and development, but what about the countries that need rehabilitation of their digital infrastructure, and whose governments lack data in the first place? The possession of data is the essence of AI development, which means that only a set of specific countries can keep up with this change. For example, supposing that Uber acquired the "Mighty AI" company, which is specialized in developing AI applications, we may assume that the former would manage to develop its very own self-driving cars. Then, they would replace their fleet of human drivers with driverless cars. In case these programs succeeded in developed countries, would they work too in developing countries that lack efficient Internet connection? and where the Global Positioning System (GPS) often suffers errors due to the absence of continually updated road data? Many areas may not even be covered by a telecommunications network, which basically means that advanced systems may face major challenges and obstacles before they could sweep the world. Hence, the ongoing talk that machines will exclude the human race would prove imprecise.

Accordingly, there is almost an agreement that the world is still and will always be in the experimental phase in its search for certainty and accuracy. Along the way, the world will make its mistakes and judgments that would affect the lives of communities, but diligent research and development would inevitably reduce the margin of errors in pursuit of perfection. As we move forward in this journey, we shall not forget the societies that suffer from under-development in the healthcare and education fields.